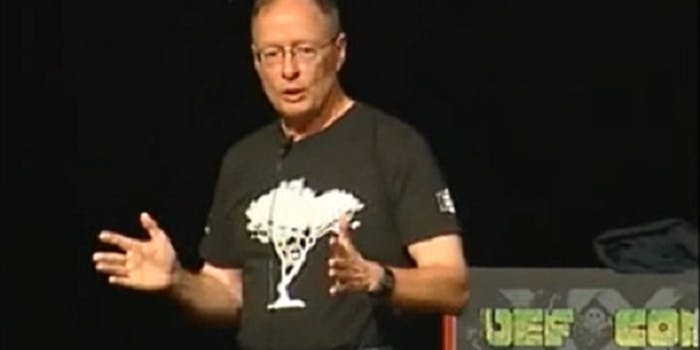 Federal agents have been asked to stay away from a conference at which 15,000 hackers will gather after recent reports about government surveillence.

Jeff Moss, founder of the Def Con hacker conference, said while for over 20 years the event has been “a place where seasoned pros, hackers, academics, and feds can meet, share ideas and party on neutral territory,” it might be prudent for federal agents to take a “time-out” and steer clear this year.

“When it comes to sharing and socializing with feds, recent revelations have made many in the community uncomfortable about this relationship,” he wrote on the Def Con website. “[The ‘time-out’] will give everybody time to think about how we got here, and what comes next.”

The conference has in the past hosted officials from the CIA, National Security Agency (NSA), FBI, Secret Service, and the military while federal agents have attended every year. Last year, NSA head General Keith Alexander gave a keynote speech in which the audience asked about government surveillance.

Moss told Reuters he thought the conference’s community needed some time to parse recent leaks about the U.S.’s spying programs.

Former NSA contractor Edward Snowden revealed the extent of the agency’s PRISM surveillance program, in which it allegedly has direct access to the servers of several major Internet companies (which deny the “direct access” aspect).

Moss, an advisor to the Department of Homeland Security on cybersecurity, said the plea for federal agents to stay away is aimed at defusing tension in the community, though Def Con does not plan to rigorously enforce a ban. “We are not going on a witch hunt or checking IDs and kicking people out,” he said.

Photo of Keith Alexander via defconvideos/YouTube