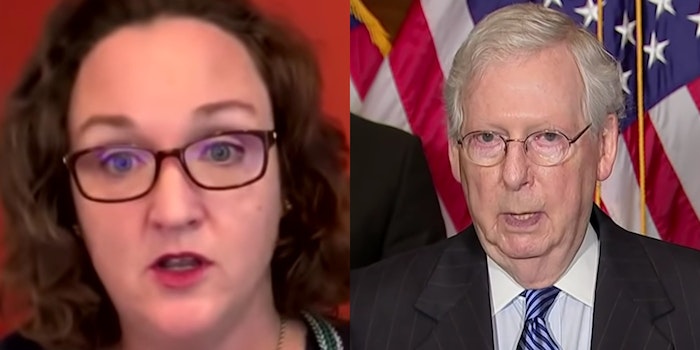 'These lawsuits represent the worst of the worst examples of disregard for human life.'

Rep. Katie Porter (D-Calif.) ripped into Senate Majority Leader Mitch McConnell (R-Ky.) in a scathing Twitter thread for holding up a $908 billion COVID-19 stimulus bill over a series of corporate protections, stating they show “the worst examples of disregard for human life.”