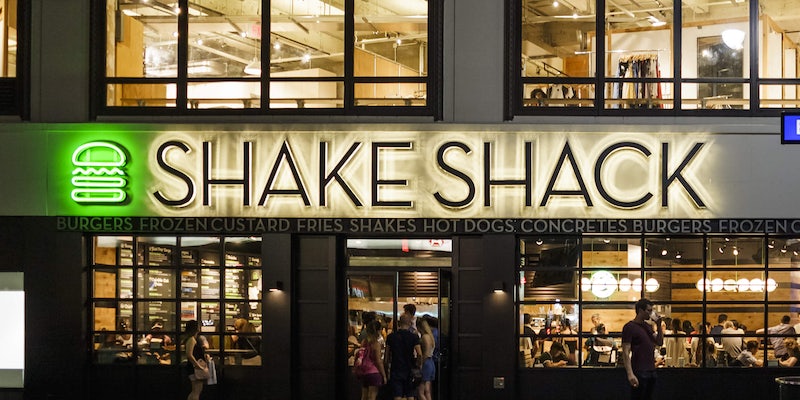 The chain gave the government back its $10-million emergency small business loan.

Shake Shack went viral on Twitter with the announcement that it would be returning their $10-million emergency small business loan as the company has “access to capital that others do not.”

This comes in the wake of the news that the PPP (Paycheck Protection Program) has run out of funds already, and that a significant proportion of them have gone to chain restaurants and other establishments that most would not categorize as small businesses.

Shake Shack has also released an open letter explaining its reasoning for returning the loan and providing advice to the government on how to better handle the PPP system to ensure the money gets to the actual small businesses who need it.

Apparently, when Shake Shack applied for the loan, the company didn’t realize the funds were so limited and assumed there would be enough to go around. Keeping its locations open for delivery and socially-distant pickups during the pandemic was costing them $1.5-million a week, and because they did in fact meet the fewer than 500 employees per location criteria set by the Small Business Administration, Shake Shack decided to apply for the loan to ease them through the pandemic.

The discovery that the PPP fund had already run dry, and much of it spent bailing out similarly sized or larger businesses, coupled with the company’s ability to raise money via investors instead, led to Shake Shack returning the money.

In its open letter, the company criticized the confusing nature of the application system, something they say kept many small restaurants from being able to apply in the first place. They also pointed out that almost no restaurants have more than 500 employees per location, and smaller businesses with less ability to access other sources of capital should be prioritized when handing out similar loans in the future.

Some are calling this a PR stunt, designed to try and fix the damage taking the $10-million loan has done to the chain’s reputation.

While others see it as an example of good corporate citizenship, and are calling on the other chains who took the loan to return the money.