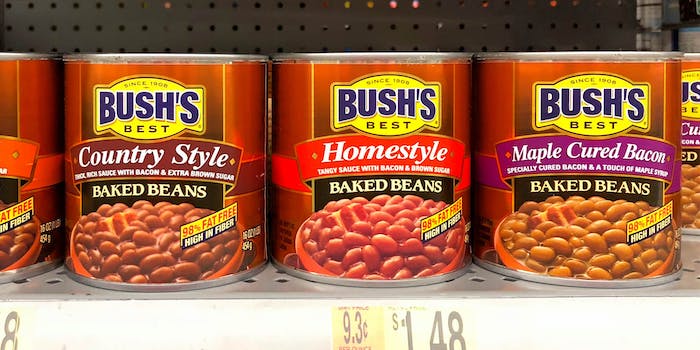 Kansas City police declares protest unlawful over can of beans

“Due to items being thrown at officers, tonight’s demonstration on the Plaza has been declared unlawful. Everyone must leave, or they will be subject to arrest,” the police force wrote on Twitter.

A photo showed the evidence.

It included an umbrella, a shoe, a cherry bomb, Bush’s black beans, and a water bottle filled with a white substance.

As noted in a plethora of responses to the tweet, officers have a more dangerous arsenal at their disposal, which has been broken out across the country, including tear gas and rubber bullets.

“Yall got full riot gear and you hoes crying over beans,” one user noted,

As protests have swept across the country in the wake of the police killing of George Floyd, police have been criticized for violent tactics against citizens.

While looting and rioting have taken place, officers across the country have been flagged for arresting bystanders and journalists, escalating violence, and firing at innocent people.