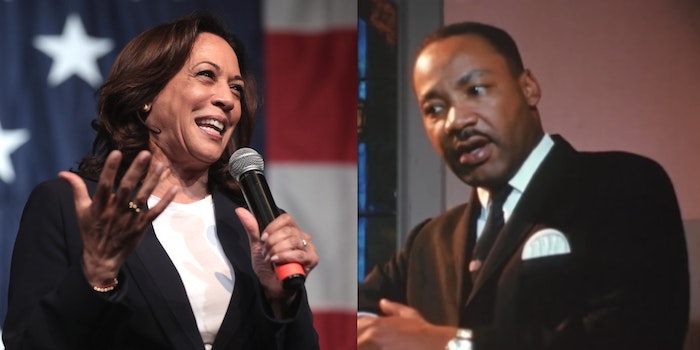 Did Kamala Harris steal her ‘Fweedom’ tale from MLK?

Harris has yet to publicly comment on plagiarism allegations.

Vice President-elect Kamala Harris is being accused of fabrication after conservatives on Twitter suggested that she may have stolen a story from Martin Luther King Jr.