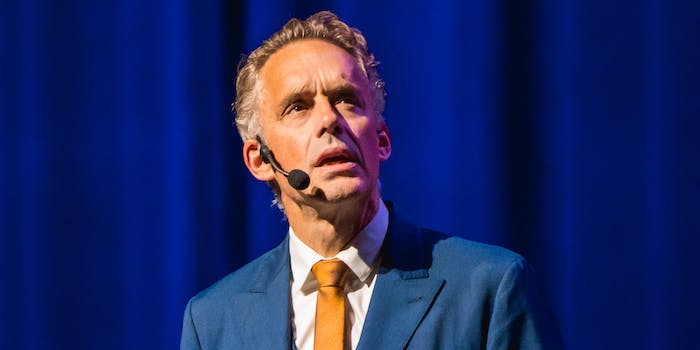 ‘Dragged so hard he’s logging off’: Jordan Peterson leaves Twitter following backlash to his tweet about a woman’s body

'Self-censorship as a multiplier of cancel culture,' Peterson once said.

The psychologist whose self-help novel, 12 Rules for Life, advised readers to “set your house in perfect order before you criticize the world” slammed Nu’s appearance. “Sorry. Not beautiful. And no amount of authoritarian tolerance is going to change that,” Peterson tweeted of her photo in Sports Illustrated.

Peterson’s unsolicited opinion did not go over well.

While many disagreed with him, more suggested it would’ve been better if he didn’t offer his opinion at all.

Society is slowly beginning to reject antiquated, narrow, and often racist standards of beauty. It’s also becoming less acceptable to mock and judge others’ appearances, which happens most often to women.

“What if beauty standards were applied to men?” wondered @RuthlessWe.

Peterson was initially defiant. “Rage away, panderers,” he wrote.

The staunch proponent of free speech recently bemoaned “self-censorship as a multiplier of cancel culture” and in December called a critic with less than 70 followers a “fool and a coward.” Eventually, however, Peterson faltered under the intensity of the backlash.

He lamented the “endless flood of vicious insults” and opined that Twitter’s structure makes it “intrinsically and dangerously insane.” He also said that he’d recently taken a Twitter break for a few weeks and found it drastically improved his life. (His staff appears to have tweeted from his account in Peterson’s stead.)

So he’s decided to take leave of the platform once again.

“I told my staff to change my password, to keep me from temptation, and am departing,” he tweeted.

Reactions to his announcement imply that he won’t be missed.

“Bro got dragged so hard he’s logging off lmao,” wrote one.

Peterson isn’t done sharing his thoughts and observations with the world. He’s just not going to do it on Twitter.

“I plan to write an article on the technical reasons that Twitter is maddening us all very soon,” he added in a subsequent tweet.