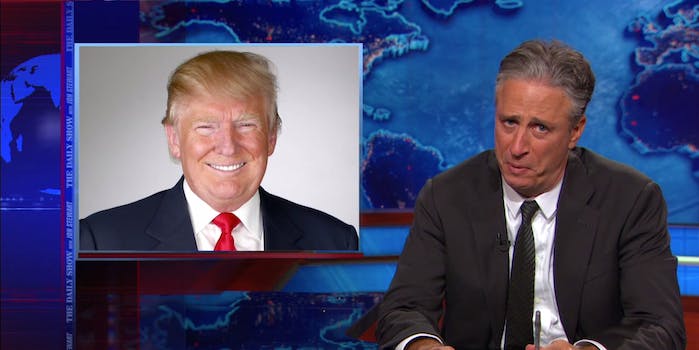 Although Donald Trump did announce his presidential campaign, it was always possible that he was just yanking our chain until he finally filed the paperwork.

Just think of all the people he would have disappointed had he not filed (which he did on Monday): his supporters, his haters, and most importantly, Daily Show host Jon Stewart, whose cynical heart was filled with such glee at the news of Trump’s campaign that he threatened to end the entire show weeks early if the whole thing was just a joke.

It takes a certain amount of political crazy to make even Bill O’Reilly laugh at your plans and ideas, and Trump managed that in his first week as a candidate. But as Stewart illustrated in his latest delightful segment on Trump, the self-obsessed billionaire has a very important role in this election: he pretty much makes the other Republican candidates appear reasonable by comparison.

“Let’s have fun,” Stewart said. “What’s the harm of riding this crazy train as long as it’ll take us?”