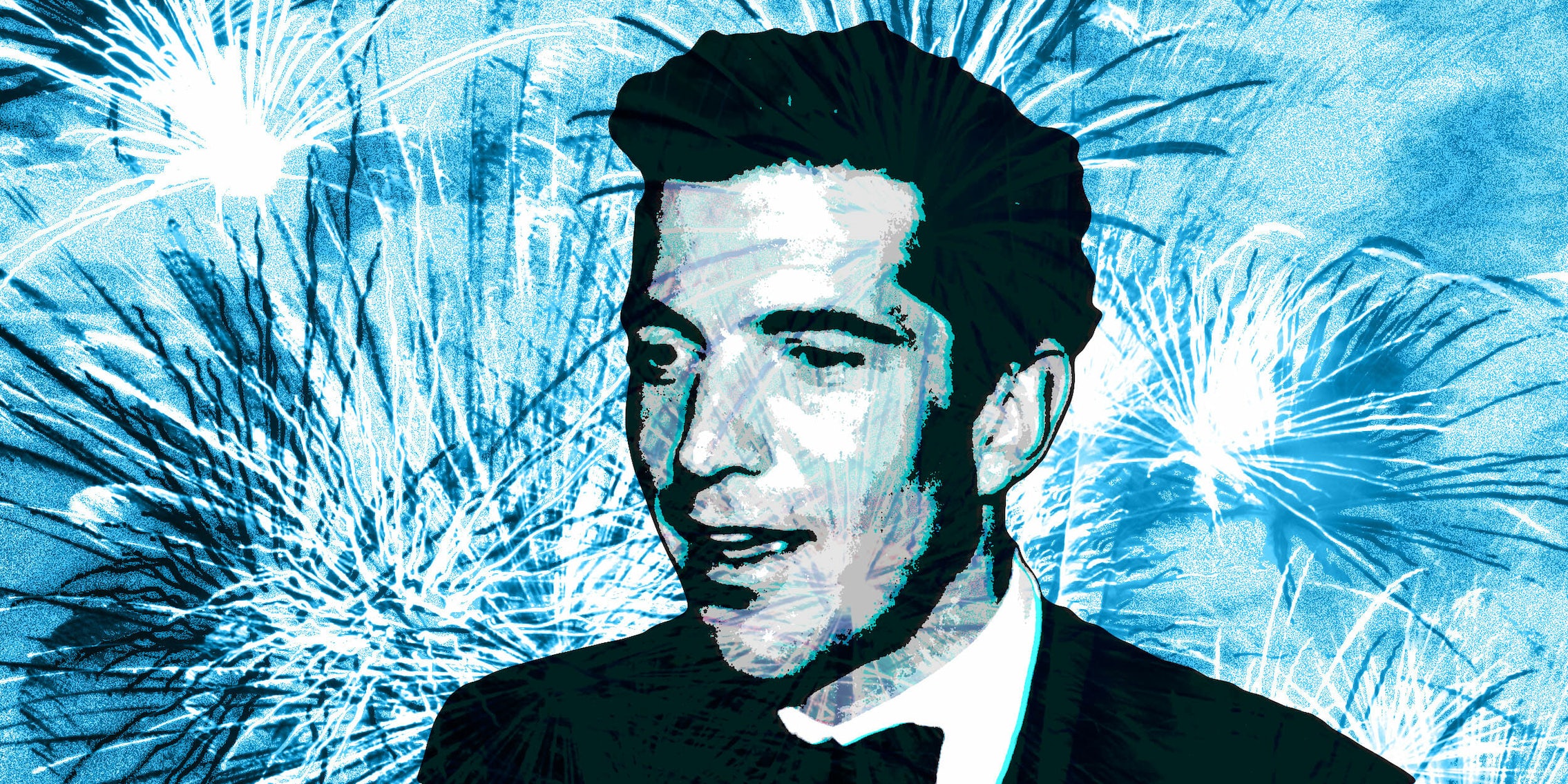 There are a lot of strange and violent quirks associated with the QAnon conspiracy theory. From the very concept of a secret government insider leaking information via the worst place on the internet to the arcane decodings of typos in Trump tweets to the inherent sadness of putting so much faith in a movement that has returned so little, QAnon seems designed to make outsiders shake their heads sadly.

And of all the bizarre elements that make up QAnon, nothing makes outsiders shake their heads sadly more than the movement’s unending obsession with John F. Kennedy, Jr.

But for QAnon, the theory that a government insider is secretly posting online and attempting to bring down the deep state, nothing is off-limits.

The oldest son of President Kennedy had a checkered career as he moved into adulthood, first dabbling in acting, then law, then publishing. He, his wife Caroline, and her sister Lauren all died in a plane crash on July 16, 1999, when he became disoriented flying over water at night and plunged into the Atlantic Ocean. Their bodies were recovered, and the final minutes of the flight reconstructed down to the second.

Except… many believers in QAnon don’t think JFK Jr. died that warm night in July at all, but instead faked his death, and went underground to protect himself from a plot by Hillary Clinton to kill him and secure a U.S. Senate seat. And he’s spent the last 20 years preparing for the day when Donald Trump would unveil the son of their beloved JFK as his new vice president.

The “JFK Jr. is alive” conspiracy theory has become one of the signature issues of the QAnon movement, dividing followers between those who think it’s gospel and those who think it’s nuts, and stringing the believers along on an endless odyssey of spotting lookalikes at rallies and waiting for the great day to arrive.

There have already been several supposed days that were prophesied to see JFK Jr.’s return, including last November and December. But rather than give up, many believers are now convinced that July 4, 2019, will be the day. Using a combination of gematria (the pseudoscience of manipulating numbers to “reveal” non-existent secret information), confirmation bias, wishful thinking, and supposed clues in Q drops, these believers, now think they’ve pinned down the real day when the truth will be revealed.

After all, Trump has already announced that he’s using the annual Washington, D.C. fireworks show as a venue for a massive (and massively disruptive) event featuring a “major fireworks display, entertainment and an address by your favorite President, me!”

What better venue would there be for Trump to play his ultimate card and reveal he’s been hiding John F. Kennedy’s son from the clutches of Hillary Clinton? Using the language of QAnon, Trump’s business has even hyped “something big” coming on that day—and nothing would be bigger than that.

There are also rumors that the “ten days of darkness” that Q has spoken of in various drops began in late June with various social media blackouts and electricity grid crashes. That would put the end of the “ten days” on July 4, when JFK Jr. will emerge to bring “dark to light,” using another Q catchphrase. It’s just a theory, of course. But when you think about it, it’s the only thing that makes sense.

At least to believers.

To be sure, not everyone in the QAnon movement thinks John F. Kennedy is alive, or even that the rumors of him having faked his death are good for the movement. Some Q gurus have written it off as a psychological operation (psyop) carried out by anti-Q forces in the media. They point to the fact that the only mentions of JFK Jr. in Q drops are in relation to his supposed murder by Hillary Clinton.

Q has not only never claimed he’s alive, but answered “no” when asked if he was.

And there’s a certain segment of the Q-believing population that think only Q’s actual words have meaning, not the interpretations by “anons” or outside media, who are all on the payroll of the deep state. There’s even been a fake JFK Jr. Twitter account revealed to have been a guy named Vincent Fusca, a man who, in turn, shows up at Trump rallies pretending to be Kennedy.

This is a larp. He's taking content from different places, including basically word for word of my Dark To Light video (part about free energy and released cures). A new larp hyping JFK Jr on July 4. Nobody knows what's happening or when.

Putting aside the infighting between QAnon believers, why does anyone believe this in the first place?

There’s never been any evidence that John F. Kennedy Jr. survived his plane crash. As Daily Dot wrote when the “reveal” rumors were flying in November, “contrary to popular claims on conspiracy websites, Kennedy was not an experienced pilot and had just 72 hours of solo flying time. He took his plane up on a hazy late evening when visibility was low, then became disoriented by the flat terrain of the Atlantic Ocean and the lack of visible light.”

Much of the fervent hope of Kennedy’s survival rests on Q’s first mention of him, in Drop 1082. The cryptic post seems to accuse Hillary Clinton of being involved in the plane crash, insinuating that it was the “start” of her political career when she won New York’s open Senate seat in 2000—a year after Kennedy’s death.

But JFK Jr. had no real political aspirations at the time of his death, contrary to a conspiracy theory that he was the “frontrunner” for New York’s seat, and his death cleared the way for Clinton. There’s another, equally false, allegation that in 1999, Kennedy had endorsed Trump’s 2000 run for the White House and called him “an unstoppable force for ultimate justice that Democrats and Republicans alike would celebrate.”

This quote does not exist, unlike Trump’s brief run for the presidency in 2000, which he only pretends did not exist.

Ultimately, the hope of JFK Jr.’s return is much like “the storm” that Q continually predicts and punts: a great revealing of a hidden truth that will bring great change to a nation starved for good.

At least until July 5.