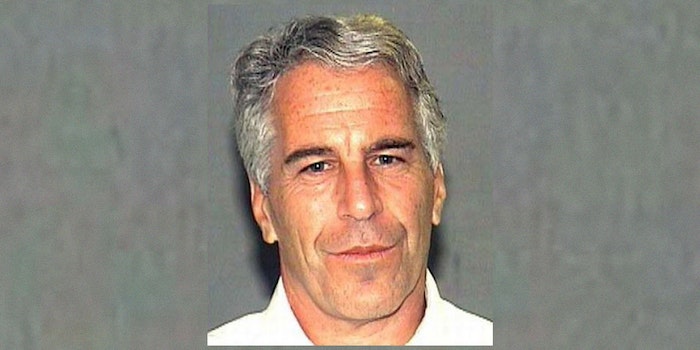 Makes you think. Or hear.

In the immediate aftermath of Jeffrey Epstein’s death Saturday morning, conspiracy theories swirled. Although the former financier and convicted pedophile accustomed to living the highest of lives was facing life in prison, people immediately thought his death came at the hands of someone else.

It makes sense—even if there’s no proof—as Epstein potentially had incriminating evidence on not one but two presidents, as well as a host of other people. But it’s also plausible he didn’t want to face a public trial and a lengthy jail sentence.

But the newest conspiracy roiling around a death that is still only a few hours old is that maybe Epstein didn’t even die and that a body double was instead used to help him escape justice for his crimes.

The evidence? In a picture published of him on a gurney after he was removed from jail and taken to a nearby hospital, his ear maybe looks kinda different?

I know camera angles, age difference etc. I'm just asking if his ear looks the same to you in both photos. Also, why would you say cardiac arrest in the call to get an ambulance if it really was a hanging. https://t.co/Ac6dW3ysH3 pic.twitter.com/vnktQkGhl4

It's not him. The ear is wrong.https://t.co/AwDJjGbqvA

There are also some thoughts that his nose looks a tad different.

The theory, I guess, is that Epstein is so powerful and so connected, he could stage a suicide in federal jail, and while everyone was focusing on the news, walk out the back free to live out his days on an island somewhere.