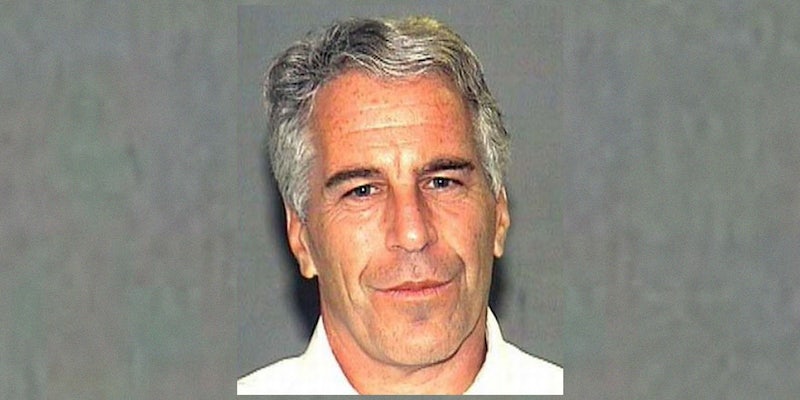 Within an hour of the announcement that accused sex trafficker and financier Jeffrey Epstein died by suicide, conspiracy theories began making the rounds on social media.

Epstein died in his jail cell on Saturday morning while waiting for his trial. He was charged with the sex trafficking of underage girls, the youngest victim being 14 years old.

In 2007, he was also indicted for paying young girls for sexual acts, but he signed a plea deal, or a “deal of a lifetime,” which kept him out of a state prison and gave him perks like a work release, according to the Miami Herald.

Many people–including the police chief of Palm Beach, Florida, where one of Epstein’s homes is–have said that the 2007 deal was too light and gave him preferential treatment. They point to the fact that the multimillionaire was part of an elite circle. Among others, he buddied up with President Donald Trump; former President Bill Clinton; Prince Andrew, Duke of York; and film director Woody Allen.

This time, Epstein wasn’t given the OK to stay out of prison as he waited for trial. On July 24, about two weeks prior to his death, Epstein was found with injuries on his neck. The prison ruled the incident as a suicide attempt, although Epstein, himself, said he was assaulted and called a “child predator,” according to CNN. The prison placed him on suicide watch.

When news came out of Epstein’s possible suicide attempt, the phrase “Clinton Body Count” started to trend. This references the conspiracy theory that the Clintons have killed people who could harm their reputations or are their political enemies. Conspiracy theorists have often thought that the Clintons would target Epstein because of his previous relationship with Bill Clinton.

Just like in the aftermath of his alleged suicide attempt, Epstein’s death is causing social media to flare up with conspiracies.

Some conspiracy theorists think that someone from the elite circle killed him because he knew “too much.” In his Palm Beach house, Epstein allegedly would offer underage girls to his friends. Hidden video cameras throughout his mansion recorded the encounters. Some believe he recorded the interactions so that, if needed, he could use it as blackmail.

A high-profile Trump appointee Lynne Patton, who works for the U.S. Department of Housing and Urban Development (HUD), even added to the social media speculation on her personal Instagram account, according to Raw Story. She posted a screenshot of an article with the Epstein news and added a caption that says he got “Hillary’d!!”

Many are questioning that, if he really were on suicide watch, he shouldn’t have had access to anything capable of helping him kill himself. Even Rep. Alexandria Ocasio-Cortez (D-N.Y.) is demanding answers.

We need answers. Lots of them.https://t.co/4DMckiZnVB

Retweet if you think that there needs to be a full investigation into Jeffrey Epstein's suicide.

A lot of prominent people could have been implicated by his evidence, so we must make sure there is no foul play.

Jeffrey Epstein killed himself in a way that literally should not have been possible. Someone on suicide watch should not have access to sheets, shoelaces, or anything else. What the hell happened?

Often, I make fun of conspiracy theories. Here, if the Jeffrey #EpsteinSuicide really happened in a lockup WHILE HE WAS ON SUICIDE WATCH, it’s 100 percent reasonable to be deeply suspicious of the death. Heads should roll

Our justice system is rottenhttps://t.co/KbtkQJmOTi

On Friday, hundreds of court documents became unsealed, claiming new accusations of sexual abuse against Epstein. He had a tentative trial date set for next year.