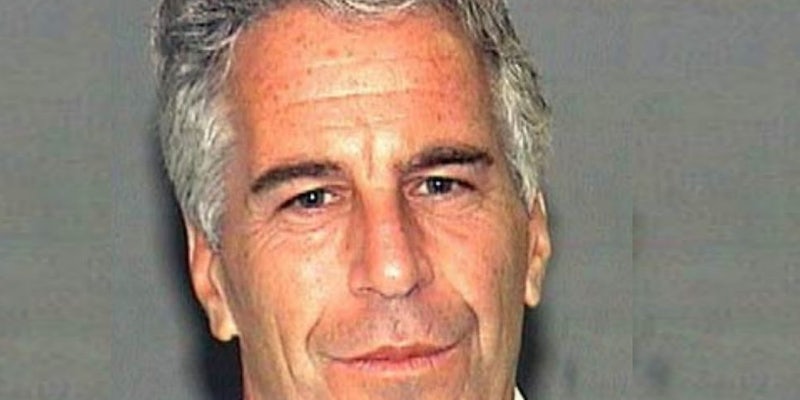 It's a hotbed of theories.

Epstein is a renowned financier and philanthropist, known for a lavish lifestyle and celebrity friendships. He’s also a registered sex offender, having served over a year in federal prison in 2008. After serving 13 months of an 18-month sentence (that was called extraordinarily lenient by experts in the field), Epstein went back to his hedge fund and his private island in the Virgin Islands.

But he’d been dogged by lawsuits, accusations of rape and sex with children, and even rumors of occult involvement. He was arrested again on July 6, accused of trafficking over 40 young girls to his various properties, the culmination of years of investigative research and law enforcement investigation.

Most of the rumors currently circulating about Epstein center on his high-profile relationships with both former President Bill Clinton and current President Donald Trump. Clinton is known to have flown a number of times on Epstein’s private plane, including to and from the small island Epstein owns that’s been at the center of many of the allegations.

But it’s not just a right-wing smear. It also ensnares the current commander-in-chief.

President Donald Trump is known to be a friend and business connection of Epstein, who had contact numbers in his infamous “little black book” for not only Trump but Ivanka Trump and other Trump family members. Beyond that, the U.S. attorney who cut that deal for Epstein is now a member of Trump’s cabinet.

What happens in the future regarding Epstein is likely to drive a great deal of political discourse on both sides. Liberals will point the finger at Trump’s connections to Epstein, and conservatives will do the same for Clinton. Ultimately, Epstein might take a lot of high-profile people down with him, or he might just go down himself, unwilling (or unable) to give up dirt on others.

But there’s a whole other world of conspiracy theories and accusations that might never show up in official documents because they’re either made up to deflect attention from Trump’s link to Epstein, or taken completely out of context.

Here are just some of the rumors going around related to Epstein, and in particular, his link to Trump.

Trump had previously praised Epstein in a 2002 interview as a “great guy” he’d known for 15 years who liked women “on the younger side.”

While this quote has been thrown around to link the two, Trump supporters have shot back with a fact of their own: that Trump barred Epstein from his Florida club (and future Winter White House) after being caught sexually assaulting the young daughter of a guest.

Notably, Trump has never made this claim, nor has Mar-a-Lago, or anyone connected to either one. There’s no indication as to when it happened, or who Epstein was with when he was “kicked out.”

No news outlet wrote about it either at the time or afterward. The only source of the claim is attorney Bradley Edwards, a lawyer who represented several women accusing Epstein of misconduct, who claimed that Trump banned Epstein after personally kicking him out of the club.

At best, this is hearsay that has never been confirmed. There’s also nothing about this action that would indicate Trump having something against Epstein. Even if the story of Trump banning Epstein from his property is true, it proves only that he didn’t want Epstein’s well-known behavior associated with his club and bringing it unwanted attention, not that he disapproved or wanted him arrested.

This is another Edwards claim, made in an interview posted to YouTube in late 2018 where Edwards claimed Trump was “helpful” to him when gathering material for subpoenas in a civil suit Edwards was filing against Epstein. There’s no indication as to what Trump told Edwards in 2009, or that he spoke to him at all, or why Trump would be the only person who spoke to him.

This is simply an unsubstantiated claim.

Epstein’s lenient sentence for solicitation of a minor, just 18 months, of which Epstein served 13 in a minimum security work release, has been a millstone around the neck of former U.S. Attorney for Miami and current Labor Secretary Alex Acosta. Acosta is known to have made much of the sentencing deal private, with even Epstein’s victims not having access to it. And it was a far lighter sentence than most cases of that severity—all of which has led to accusations that it was a sweetheart deal.

Could the sentence have been so light because Epstein became an informant for the FBI?

Wait. Was pedophile Jeffrey Epstein an informant for Mueller's FBI?

From the 5/24/18 FBI Vault release: "Epstein has also provided information to the FBI as agreed upon."

Is that why he escaped serious charges for molesting over twenty girls? pic.twitter.com/K4suAumD85

It does have at least some evidence backing it up: In 2018 the FBI released heavily redacted documents related to Epstein’s case, one of which featured the line: “Epstein has also provided information to the FBI as agreed upon.” What was that information? Did Epstein get a better deal because of it?

Nobody knows though a number of outlets have speculated that it was about an unrelated investigation into executives at the crumbling financial giant Bear Stearns.

As part of his “FBI informing,” Epstein was let off the hook by then-FBI Director Robert Mueller

Robert Mueller was FBI director at the time of Epstein’s plea, but there’s no evidence that Mueller personally had anything to do with Epstein’s case or investigation, much less his sentencing. In the end, it was Acosta, in his capacity with the U.S. Attorney’s office, who gave Epstein his light sentence, not the FBI, because the FBI doesn’t handle the prosecution of offenders. It wouldn’t be Mueller’s call to make.

Epstein’s private island of Little Saint James features a massive network of underground tunnels and torture chambers, all filled in by Epstein at a cost of $29 million, with a massive Satanic temple dotting the top of the island’s highest peak—a temple that recently burned down in a strange fire

Interesting, yes. But these are frequent claims of the QAnon conspiracy theory, and none of them have any compelling supporting evidence. None of the unsealed documents or mainstream reporting on Epstein mention any tunnels, temples, chambers, or rituals. Nor has any mainstream outlet reported on Epstein spending tens of millions of dollars to fill them in, or burn down any “occult temple” he owned.

At best, there was a golden-domed structure on the island that appears to not be there anymore, but there’s no indication as to what the building was—or that anything occult took place there.

After Epstein was arrested, Trump volunteered to give a statement to local police, who claimed that he “could not have been more forthcoming” about Epstein

This is another right-wing media claim, related to Epstein’s first arrest in 2007. But the claim has no substantiation, and no attribution has ever been tracked down for the initial quote, it’s merely attributed to “police.” It appears to be made up.

These claims have been gathered up and spread around social media as “proof” that Trump has no connection to Epstein, knew he was a scumbag, and indeed cooperated with both local police and attorneys to bring him down, only to be thwarted by Mueller’s FBI. The reality is mostly unknown—but it’s clearly more complicated than this.

And Epstein’s crimes, both the ones he’s already done time for and the newest charges, are horrific enough without needing to make up rumors and stories.