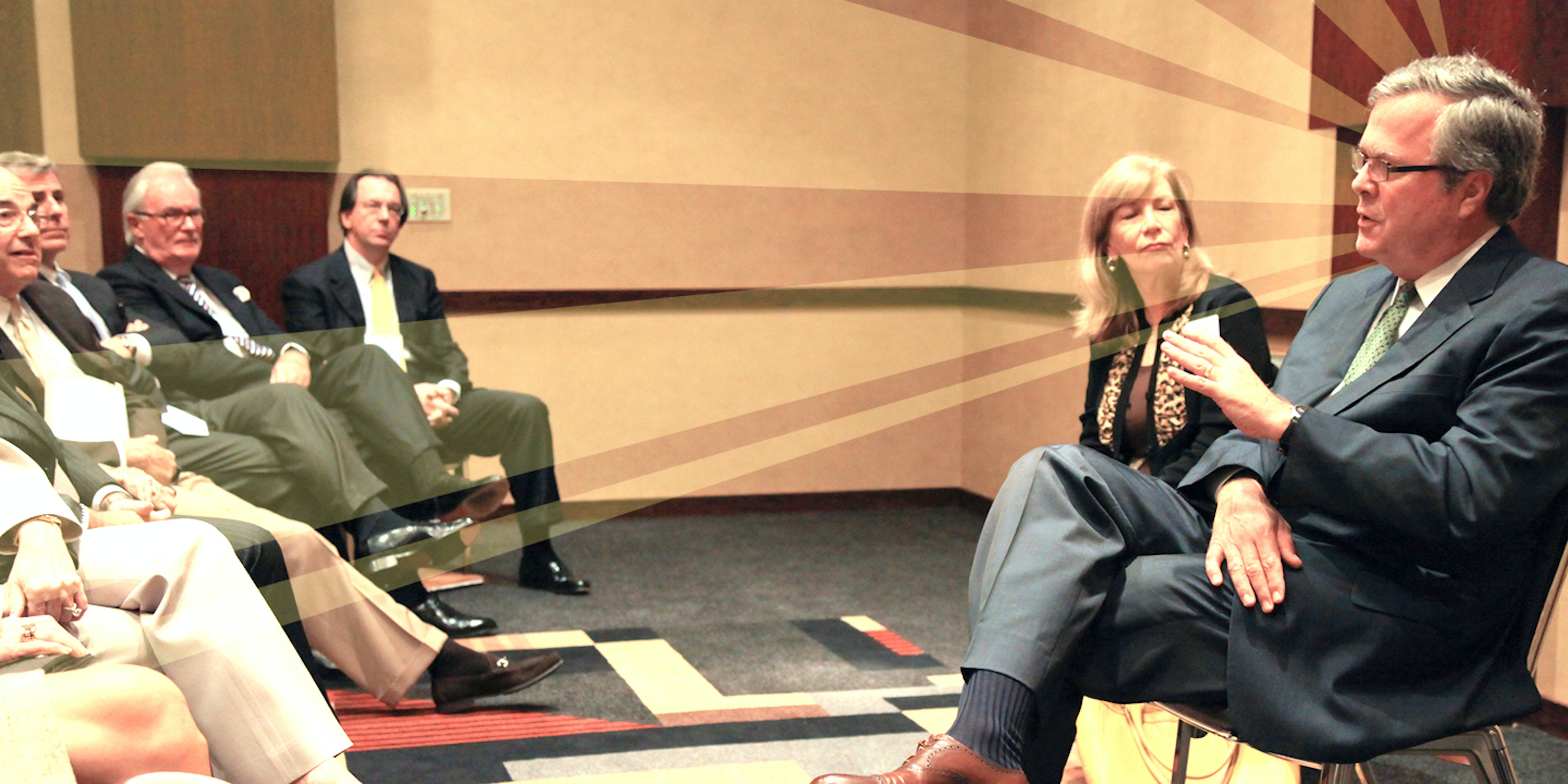 We finally have his opinion

Former Florida governor and likely presidential candidate Jeb Bush has broken his silence on net neutrality, and boy, does he not like it—or seem to clearly understand it.

Speaking Saturday to conservative voters at an Iowa pizza joint—though no, he isn’t officially running for president yet—Bush fielded questions on a number of topics. Among them was net neutrality, the concept that Internet service providers can’t provide special service to certain websites, a practice that could crowd out startups and one that activists say undermines the very foundation of Internet equality.

Bush seemed to particularly dislike that the Federal Communication Commission recently reclassified the Internet with the authority provided to it under Title II of the Communications Act, a law that passed in 1934 and was updated in 1996.

“The idea of regulating access to the Internet with a 1934 law is one of the craziest ideas I’ve ever heard,” he said.

Contrary to Bush’s implication, net neutrality does not affect individuals’ access to the Internet at all, although that’s not something you’d learn from net neutrality opponents’ videos.

Photo via The World Affairs Council/Flickr (CC BY 2.0) | Remix by Max Fleishman