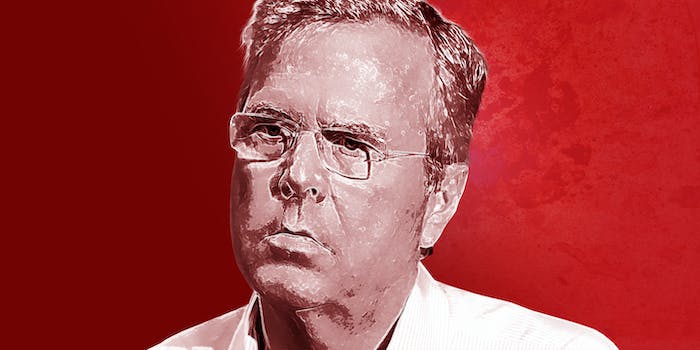 Jeb Bush told everyone that he’d respond to their emails, and then things got weird

Luckily, nobody seemingly has asked to, once again, rate the hotness of Supergirl.

Republican presidential candidate Jeb Bush told those at an education event he attended earlier this week in New Hampshire that they could ask him questions by emailing him. And he was serious.

And for a while, Bush kept his promise, responding to questions with quick, to-the-point replies. But apparently he’s either not responding to everybody or he’s stopped taking questions entirely, perhaps because he’s in the midst of revamping his 2016 campaign.

Also Jeb never answered me back. now I have a problem, Jeb Bush doesn't email me back. think you can solve my problem @JebBush???

Going on 4 hours and Jeb Bush still hasn't responded to my very important "Do I start Malcom Floyd or Stefon Diggs" email.

Ah, a fantasy football question! Jeb Bush knows a little something about that. Anyway, one reason these people were disappointed is because Bush — or somebody else on his campaign, but we’d like to believe it’s Bush—has recently responded to seemingly random emails.

@KatTimpf sent you some guidance

There’s good advice and humor in there. But the emails, I imagine, just won’t stop. Which might be why he’s stopped responding.

Jeb says he has gotten some 800 emails over the last 24 hours. Including one from a man asking if he could fix his toilet.

There’s little question that it’s a tough life for a presidential candidate, especially one who’s struggling to keep his campaign afloat. And if he can’t do that, well, at least he’ll have more time to answer his emails.