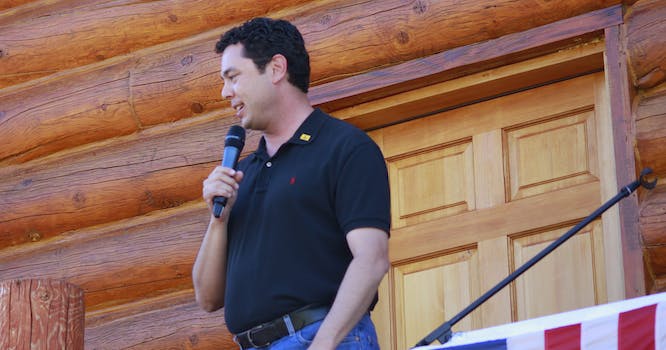 Jason Chaffetz—who is not involved in the gun control debate going on in Congress right now because he decided to leave Congress before the term he was elected to serve ended—thinks he knows what will help Parkland students.

Students at Parkland returned to Marjory Stoneman Douglas Wednesday for the first time since 17 were killed there on Feb. 14.

Since then, the Florida state legislature voted against debating a ban on assault weapons and President Donald Trump has proposed turning our nation’s public school’s into O.K. Corral-style shooting galleries—but Chaffetz knows what they really need.

“I think of those kids who went back to school today after that horrific shooting, and they need something more. They need a belief in God and Jesus Christ. I think that would help.”

They could probably also use people in Congress willing to do hard work.