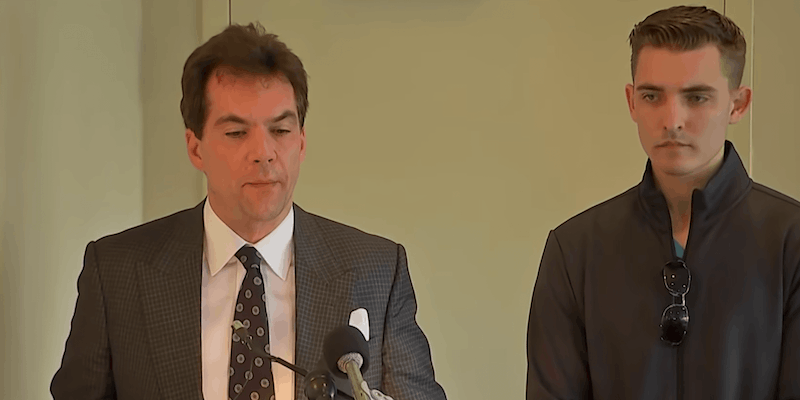 The two may finally be facing consequences for their numerous schemes.

Notorious Republican hucksters and schemers Jacob Wohl and Jack Burkman may finally be facing some repercussions for their perpetual frauds.

Thursday, Michigan State Attorney General Dana Nessel filed felony charges over a robocall sent to voters in the state that made false statements about the dangers of mail-in voting.

Per the release, the charges hold a potential sentence of up to 24 years in prison. Michigan’s AG said it is working with local law enforcement to secure an appearance before a court in Michigan.

“Any effort to interfere with, intimidate or intentionally mislead Michigan voters will be met with swift and severe consequences,” Nessel said in a release. “This effort specifically targeted minority voters in an attempt to deter them from voting in the November election … this particular message poses grave consequences for our democracy and the principles upon which it was built.”

Jacob Wohl and Jack Burkman could not be immediately reached for comment.