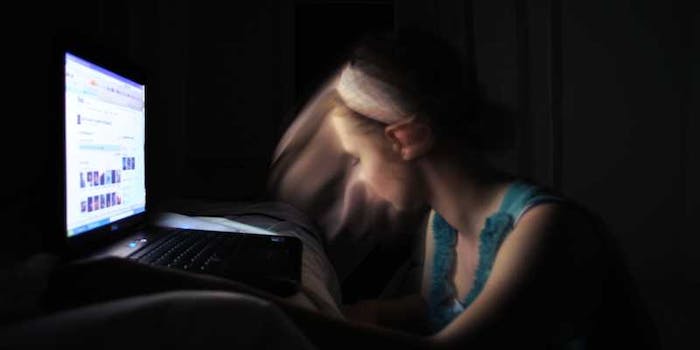 Some college students won't be enjoying their Internet freedom.

One of the biggest questions facing new college students everywhere is what sort of device to get before going to school: Mac or PC? Tablet or laptop? Students at Northern Illinois University don’t have to worry so much about that, thanks to the institution’s decision to place a ban on just about every website that a college student would ever care about.

The university’s remarkably thorough and soul-crushingly strict Internet policy puts everything from Wikipedia to Facebook in its crosshairs, banning the “use of social media sites … including, but not limited to, Facebook, Twitter, Flickr, Pinterest, LinkedIn, Foursquare, etc.,” as well as anything even remotely political in nature, which means large portions of Wikipedia and other reference sites.

The restrictions don’t stop there. If any students are hoping to relieve some—ahem—pent up sexual energy, they’ll also find that “obscene” and “pornographic” material is also off limits to anyone using the college Internet service.

The ultra-strict rules were brought to the attention of Reddit when one student attempted to access the Wikipedia entry for the Westboro Baptist Church. A “Web Page Access Warning” page enveloped the browser, refusing access. One of the most humorous parts about this entire situation is that the university’s own warning page has several spelling and grammar errors, so it appears it wasn’t written by the staff’s English department.