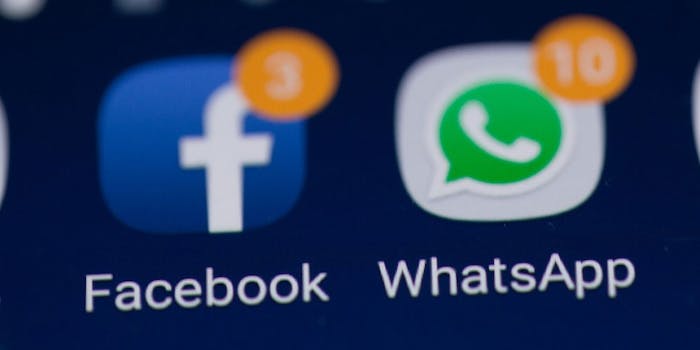 The decision comes as the FTC looks into whether Facebook purchased the two apps to kill its competition.

Social media giant Facebook is changing the names of two of its most popular apps to let users know who’s the boss.

The change, first reported by The Information on Friday, was confirmed by a Facebook spokesperson.

“We want to be clearer about the products and services that are part of Facebook,” the spokesperson told the outlet.

The rebranding comes as antitrust regulators are looking into Facebook’s purchase of the two apps, which some say was done in order to keep Instagram and WhatsApp from competing with the social media site.

Other factors appear to have influenced the decision as well. The social media company initially kept its name off of the two apps in order to keep their images from being affected by Facebook’s numerous privacy scandals. Now, CEO Mark Zuckerberg is attempting to paint Facebook as a pro-privacy company.

Zuckerberg has also reportedly become frustrated over Facebook not getting the credit for the popularity and growth of Instagram and WhatsApp.

While the two apps were originally allowed to remain largely independent of Facebook, the co-founders of Instagram and WhatsApp quit last year after accusing Zuckerberg of exerting too much control.

When the change is officially made, users will see the “from Facebook” addition in app stores as well as on the apps’ launch screens.

Facebook in June also announced that employees of Instagram, WhatsApp, and Oculus (the virtual reality company which already has “from Facebook” in its name) would start using @fb.com email address in the coming months.