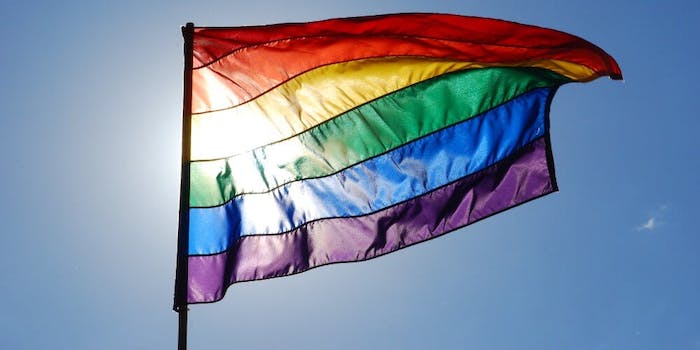 'There are biases and assumptions built into the algorithms that are designed to silence us.'

MTV News released an investigation detailing several queer companies that have had their ads blocked, accounts deleted, and content hidden–even when they followed community guidelines.

One of the main accounts comes from Salty, which publishes newsletters about dating and sex. On its Instagram account, Salty shared several examples of Instagram refusing to publish its ads. Instagram notified Salty that the ads violate its terms because it doesn’t allow ads for “escort services.”

The ads, which did not promote escort services, include pictures of nonbinary people and people of color.

“There are biases and assumptions built into the algorithms that are designed to silence us,” Salty wrote on its Instagram. “It is no coincidence that these images include incredible, empowered POCs, non binary, disabled and plus sized bodies – and are the most highly regulated.”

Salty isn’t alone. MTV News noted that Instagram has also blocked ads from other accounts that post queer content. For example, fashion brand Morgasm, which creates gender-neutral outfits, has been blocked from running some of its ads because the clothing store’s publications contain profanity. (It’s likely because of its name.)

But Instagram didn’t stop there. It also blocked Morgasm from being able to sell its clothing directly from the social media platform. This business method is one of the main ways that smaller brands stay afloat.

“We recognize that at times we make mistakes when reviewing ads but we are committed to making things right – it is never our intention to silence marginalized voices,” a Facebook spokesperson told MTV News. “We will continue to investigate these cases to improve how we enforce our ad policies.”