First, Instagram copied Snapchat‘s signature Stories feature. Now, Instagram appears to be taking a few more cues from the Snapchat playbook. Rolling out in an update today, Instagram is adding ephemeral direct messages to its app, along with some other additions to Instagram Stories.

When you direct message someone in Instagram, you’ll soon have the option to either send a normal chat message or use the Stories camera to send a disappearing photo or video to one or more friends and followers. Similar to the way unseen Stories show up at the top of the app’s timeline, disappearing messages will display at the top of your direct messages inbox. Ones you haven’t seen yet will be outlined, while ones you have will be grayed out.

You’ll also be able to start sharing live video in the app over the next few weeks. Like Twitter‘s Periscope (but unlike Facebook Live), these live videos are only viewable while they’re being recorded. Once the broadcaster stops sharing the video, it disappears. To share live video, you’ll simply swipe from the Stories camera section of the app, and then it will notify some of your potentially most interested followers that you’ve gone live. As you stream, you’ll be able to see who’s watching, and viewers will be able to share comments and hearts—unless you turn commenting off. 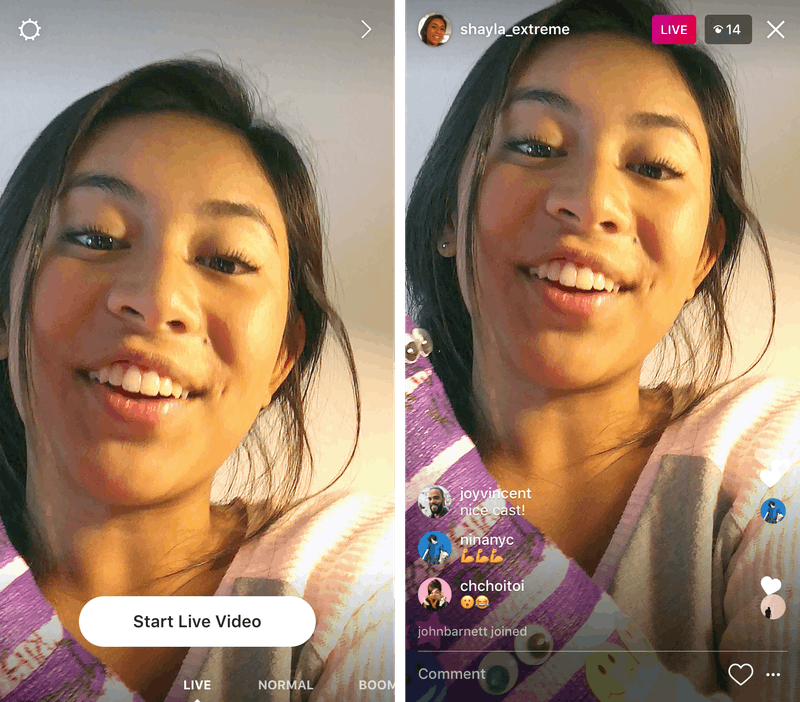 While the inspiration for today’s updates is apparent, it should also be noted that Instagram has good reason for continuing its course to be more Snapchat-like. According to data released in early October, more than one-third (that’s 100 million) of Instagram’s active users share on Stories each day. The move—however unoriginal—clearly struck a positive chord with many Instagrammers. And by offering the ability to go share video privately, Instagram could tap into additional users who aren’t so keen on sharing their activities publicly.

For now, it doesn’t appear that Snapchat is suffering at the hands of Instagram’s blatantly similar updates, but there may come a time when those who use Snapchat and Instagram may decide to just use one app—and that could play in Instagram’s favor.