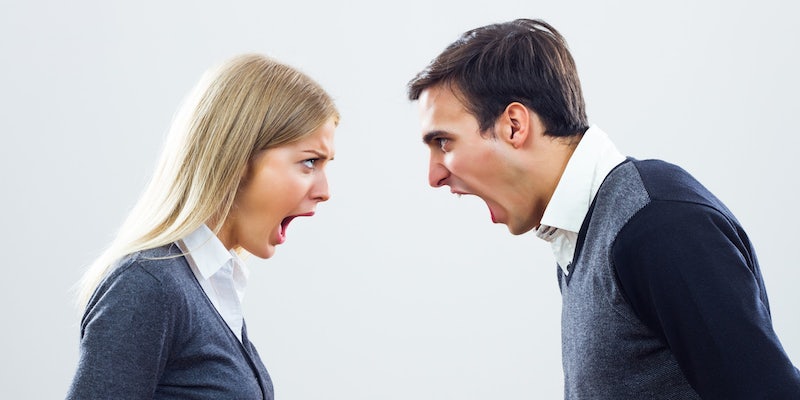 Go ahead, try it.

Changing someone’s political views isn’t an easy task, but there might be a shortcut if you use this one word. It’s likely the closest thing we’ll have to a Jedi mind trick.

The Washington Post reported on a study done by Ohio State University doctoral student Andrew Luttrell and his team of researchers published in the Journal of Experimental Social Psychology that shows a link between changed opinions and morality. Meaning, if you present your idea as being the “moral” one it’s like you’re summoning “a psychological shield against outside attacks,” the Post explains.

Simply put, it’s easier to accept something on the basis of its perceived morality than its actual reasoning. This was shown in a group of experiments the researchers conducted.

The researchers divided about 100 participants into three groups. The first group, made up of college students, were given information regarding a made-up testing policy and asked to write down their thoughts. They were then given “feedback” on their thoughts from researchers who randomly marked some of the students’ ideas as either being steeped in tradition or coming from a place of morality.

“[…] you seem to have based your thoughts about senior comprehensive exams on morality[…] more than the average student.”

The students gave more weight to morality than they did to tradition.

After being told their support of the policy was more “moral”—even though their arguments were based on a fake policy the feedback was totally random—the students were found to be more inclined to sign a petition supporting the policy.

The same pattern emerged in the next experiments concerning recycling.

The next two groups, one made up again of college students, the other of a wider range of adults, were asked to write down their thoughts on recycling, and again, received feedback. This time, the words assigned to these beliefs were either “moral” or “practical.”

Morality still held more weight as an argument or point-of-view than practicality did, even after researchers tried to change their minds by suggesting that recycling doesn’t, in fact, help the planet.

On the same one to nine scale, the attitude those had about recycling was a 6.88—unless their ideas were considered moral, in which case it shot to 7.56.

Is “moral” a magic word?

The study suggests that it can be, if framed in the right way. It seems that if you present your case as a moral one when compared with another alternative, the moral case will have more power. Do with that what you will.