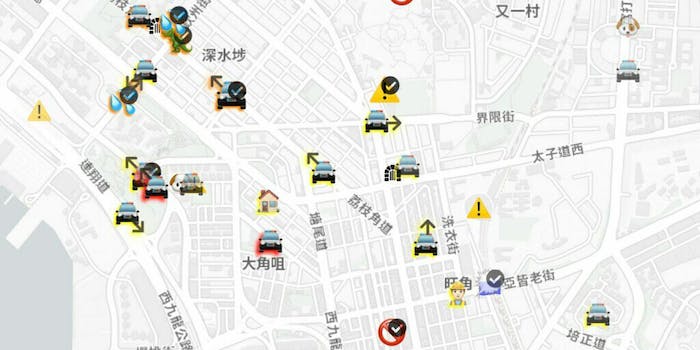 HKmap.live lasted less than a week on Apple's App Store.

Apple has removed HKmap.live, an application from its App Store that was used to crowdsource live reports of Hong Kong police locations and movement. The decision occurred after Apple received pressure from Chinese state media outlets such as People’s Daily that described the application as “toxic.” “Apple is mixing business with politics, and even illegal acts. Apple has to think about the consequences of its unwise and reckless decision,” added the People’s Daily op-ed.

HKmap.live had a turbulent, short-lived ride in the App Store. The app was approved by Apple on Oct. 4 after its first appl submission was rejected on Oct. 1. On Oct. 8, the app received heavy criticism from mainland Chinese media. Just one day later, Apple scrubbed the application from its storefront and released a statement concerning the situation.

In the statement, Apple cites that HKmap.live “has been used in ways that endanger law enforcement and residents in Hong Kong.” Apple elaborated, saying that the app could be used to “target and ambush police, threaten public safety, and criminals have used it to victimize residents in areas where they know there is no law enforcement.”

The developer of HKmap.live has directly refuted this, tweeting that the claims made by Apple’s statement are entirely baseless.

2. There is 0 evidence to support CSTCB's accusation that HKmap App has been used to target and ambush police, threaten public safety, and criminals have used it to victimize residents in areas where they know there is no law enforcement.

Many online have reacted by pointing out the absurdity in Apple’s rationale and that any product at all could be used for illegal purposes while others say they used HKmap.live to avoid police altogether.

They should remove google maps as the app can be utilised by criminals for planning routes for potential robbery. Camera feature should also be removed since it is exposed to capturing sensitive info

I think the map is also great for other HK citizens or tourists who want to avoid the riot police. We all know how dangerous they are beating passerbys for no valid reason.

At the time of reporting, the app for HKmap.live has been removed globally from the Apple App Store but the service’s web client is still available and works on iPhones. As the Hong Kong pro-Democracy demonstrations continue past their sixth month, it’s clear that technology will continue to be an important force in the movement.