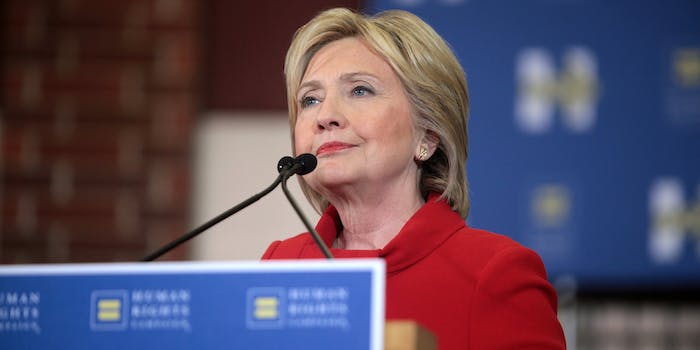 Clinton secured 65 percent of the vote to Sanders’s 33 percent, with 47 percent of precincts reporting. Those numbers will change as more votes are counted.

Clinton used her victory speech in West Palm Beach, Florida, to urge more people to back her, saying her campaign depended on small donations.

“If you’ve been waiting for the right moment,” she said, “now’s the time to come join us.”

The Florida victory means Clinton will take the majority of the state’s 214 Democratic delegates, which are awarded proportionally based on how much of the total vote a candidate secures.

Clinton went into Florida’s primary with a 28-point lead in the polls, according to the Real Clear Politics poll averages.