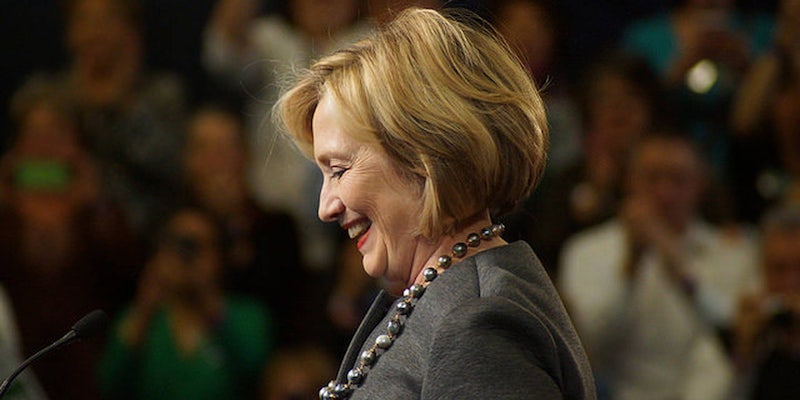 As an outbreak of measles at Disneyland sickens dozens of people around the country, newfound attention is being paid to government policies allowing parents to opt out of vaccines for their kids.

Over the past few days, numerous Republican presidential candidates have staked out ground on the vaccine debate. Chris Christie‘s staff had to quickly walk back the New Jersey Governor’s comments after he told reporters during a visit to the United Kingdom the equivalent of “gotta hear both sides.”

Libertarian Kentucky Sen. Rand Paul told CNBC that childhood vaccinations shouldn’t be mandatory and can lead to “profound mental disorders,” referencing a study linking vaccines to autism that was not only completely discredited but also retracted by the journal in which it was originally published. Paul, it should be noted, is a medical doctor.

For her part, presumptive Democratic frontrunner Hillary Clinton, which is probably what’s printed on her business cards at this point, didn’t equivocate when it came to vaccines in a tweet sent on Monday evening.

The science is clear: The earth is round, the sky is blue, and #vaccineswork. Let's protect all our kids. #GrandmothersKnowBest

Clinton’s statement echoed those of President Obama, who pushed for universal vaccination in a recent interview.

“The science is, you know, pretty indisputable,” Obama told NBC over the weekend. “We’ve looked at this again and again. There is every reason to get vaccinated, but there aren’t reasons to not.”

However, Clinton’s position on vaccines wasn’t always so cut and dry.

During her unsuccessful quest for the 2008 Democratic presidential nomination, the former First Lady wrote in a questionnaire from an autism group that she was “committed to make investments to find the causes of autism, including possible environmental causes like vaccines.”

Clinton added that she supported increasing the National Institutes of Health‘s funding for researching the causes of autism. In that same survey, Obama also pledged to work to find autism’s environmental triggers, but did not mention vaccines as one of them.

Clinton’s change in position may be a flip-flop from where she stood seven years ago, but it’s clearly a savvy one. Not only does it put her in line with overwhelming scientific consensus on the subject, but it also fits with the majority of popular opinion.

If Clinton is looking to court older voters—the people who reliably go to the polls no matter what—unequivocally supporting vaccines and painting her potential GOP rivals as anti-science is a pretty easy win.