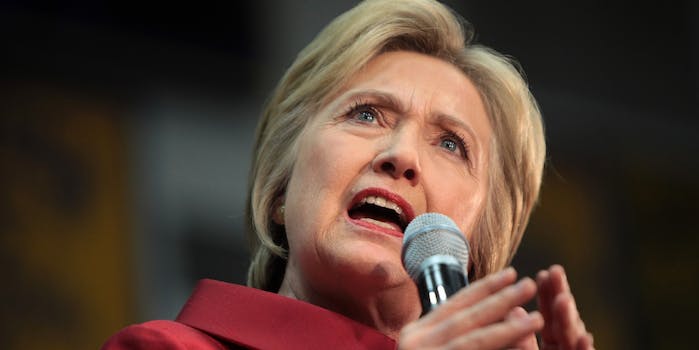 Not that it changes anything.

The up-to-date database of state and national popular vote counts maintained by David Wasserman of the Cook Political Report shows Clinton with 2,526,094 votes over Trump (65,152,310 to 62,626,216). Trump, however, holds 306 electoral votes to Clinton’s 232, giving the business magnate 36 more electoral votes than he needs to secure a White House victory.

Trump’s victory comes as a result of deft—if highly controversial—tactical political maneuvers that earned him victories in eight of the 13 swing states, including populous states like Ohio and Florida, as well as Democratic strongholds.

Efforts to dethrone Trump continue, however, with recount attempts orchestrated by Green Party presidential nominee Jill Stein in Michigan, Pennsylvania, and Wisconsin, where Clinton narrowly led in the polls but fell just short of Trump.

While the recount effort, which was funded by more than $6.7 million in donations, gives Clinton supporters and anti-Trump voters a glimmer of hope, it remains virtually impossible for the former secretary of state to overtake Trump and win the presidency.

The 2016 election will mercifully conclude when the Electoral College officially votes on Dec. 19.