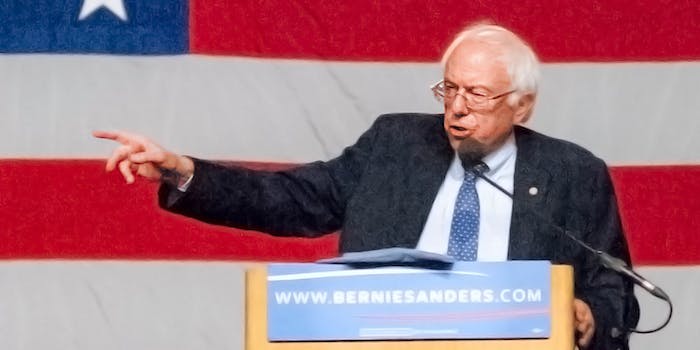 The devil, of course, is in the details.

For Democratic voters, the choice between Hillary Clinton or Bernie Sanders may come down to one simple question: who can beat Donald Trump?

As we head into Super Tuesday‘s marathon of state contests, the answer appears to be…both—at least according to one new poll.

Either Democratic presidential candidate would trounce Trump, the GOP frontrunner, if the general election were held today, a CNN/ORC poll released Tuesday found. But Sanders, the Vermont senator, has a slight edge. (Of course, he has to beat Clinton first—and he’s currently behind by nearly 10 points on that front in an average of national polls.)

In a hypothetical Clinton vs. Trump election, the former secretary of state surpasses the businessman and reality TV star 52 percent to 44 percent among registered voters. Those figures change just slightly when Sanders takes Clinton’s spot; he takes 55 percent to Trump’s 43 percent.

On favorability, it’s Sanders all the way, earning a favorable rating from 57 percent of respondents from both parties.

Clinton, on the other hand, loses to Rubio 47 percent to 50 percent and to Cruz—albeit just barely—48 percent to 49 percent. Both of these outcomes, it’s worth noting, fall within the poll’s margin of error of +/- 3 points. Either way, it’d be a nail-biter for Team Clinton.

Digging a bit deeper into the numbers, however, tells a slightly different story. Trump beats all challengers in both parties on the economy, immigration, terrorism, and gun policy. Clinton wins on heath care, race relations, and foreign policy. Sanders places second or third on all of those issues.

On favorability, though, it’s Sanders all the way. He earns a favorable rating from 57 percent of respondents from both parties, with only 33 percent saying they have an unfavorable view of him.

Trump and Cruz trailed all other candidates in terms of favorability. The real-estate mogul clocked in at just 37 percent favorability to Cruz’s 36 percent. Even worse for Trump, he had the highest unfavorability rating (60 percent) of all candidates. Cruz was seen as unfavorable by 48 percent of respondents.

When the favorability vs. unfavorability question is split along party lines, the picture becomes even more stark. 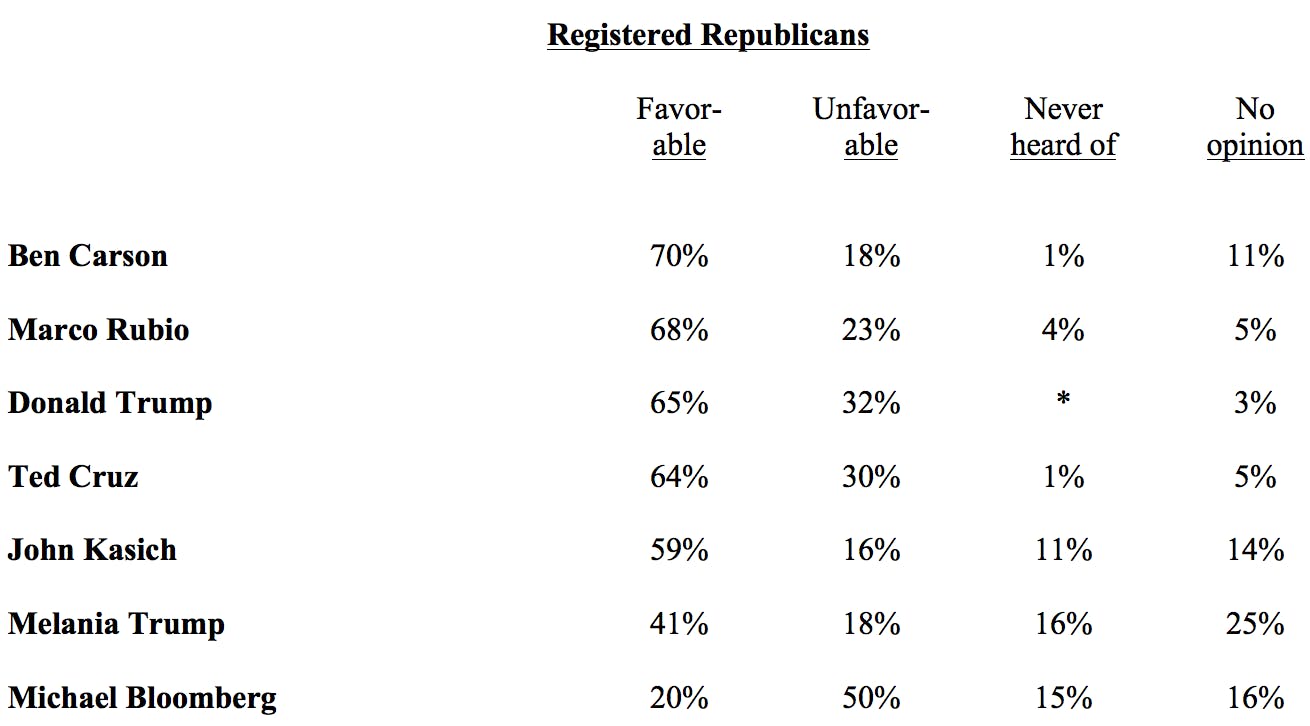 Of course, all of this is purely for show at this point in the election cycle. While the primary season could be more or less decided by March 15, when major winner-take-all states like Florida and Ohio hold their contests, the contests extend all the way through the middle of June. And then we have the entire general election, during which the dynamics of the race will almost certainly shift.

As far as Super Tuesday’s outlook goes, Trump is currently dominating the Real Clear Politics poll averages (a trusted signifier) by more than 15 points. Clinton is similarly strong in nine of the 11 states holding Democratic contests, with Sanders crushing his competition by 75 points in his home state of Vermont, and Oklahoma, where Clinton holds a lead of just 2 points, is still in play.

Photo via Key Studio/Flickr (CC BY 2.0) | Remix by Jason Reed