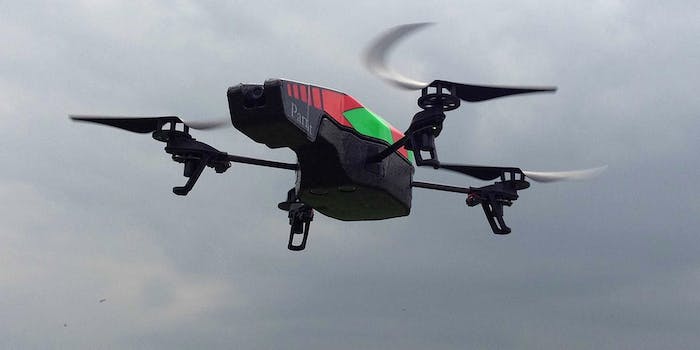 Crowdsource yourself a helicopter ride to the Hamptons with this app

And you thought Uber was sort of douchey.

When most people decide they want to go away for the weekend, they usually book a $20 seat on a crowded, smelly Fung Wa bus, so they can sit in traffic for six hours and listen to a woman with a beard talk about her chronic eczema. When New York City hedge fund zillionaires want to go away for the weekend, however, they get to take a private helicopter to the Hamptons, usually while they soak their feet in rose petals and listen to Beethoven’s Eroica.

But what, you might ask, happens when rich people can’t find a seat on a private helicopter? To solve this urgent problem, a New York helicopter company has launched Blade, an app that provides crowdsourced helicopter rides from New York to the Hamptons.

According to the New York Post, Blade allows users to launch their own crowdsourced flight or book a seat on an existing flight. The service, which is backed by NYC-based helicopter company Liberty Helicopters and two tech investors who’d prefer to remain unnamed, costs what the New York Post refers to as “as little as $450 a seat.” (For the sake of comparison, a typical seat on a helicopter flight to the Hamptons costs about $3,000). Unlike buses or trains, which for the most part tell you to go screw yourself if your trip is overbooked or canceled for any reason, Blade guarantees that if your flight is canceled, there’s a Maserati sedan on hand to take you to where you need to go.

For those astronomical prices, you might think that Blade’s clientele is restricted to a cartoon billionaire with a twirly mustache and a henchman who’s a gay white cat. But Blade general manager Evan Licht says this is not the case, and that the app is intended to make helicopter transportation more accessible to normies like us.

“We want to make it approachable and easy and transparent for young people who think only billionaires fly planes,” he told the New York Post. Then maybe, like, stop charging $450 a flight, and start asking for a 40-rack of PBR and a pack of Parliaments instead.

It’s not the first time we’ve seen crazy transporation apps take to the skies: There’s also that whole “Lyft for airplanes” idea. We’ve got ourselves an industry here, folks!