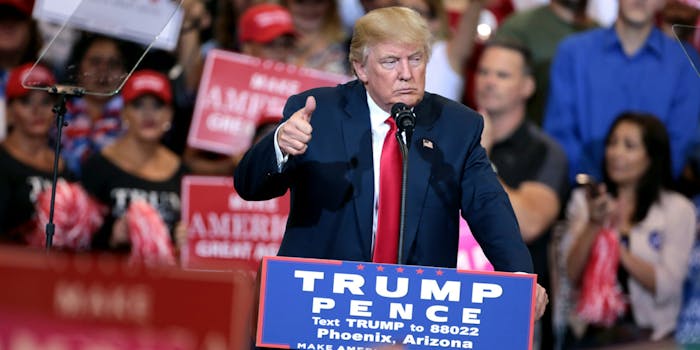 The numbers are disconcerting.

It’s no secret that American politics are divided—but a recent poll shows that division goes so far that at least one side would be willing to suspend democracy to further their agenda.

More than half of Republicans polled by the Washington Post said they would support postponing the 2020 presidential election if President Donald Trump and Congress were in favor of the idea.

The question was asked in the context of the false idea that there was widespread voter fraud that caused Trump to lose the popular vote to Hillary Clinton by approximately 3 million votes.

“At a minimum, they show that a substantial number of Republicans are amenable to violations of democratic norms that are more flagrant than what is typically proposed (or studied),” the Post wrote about the poll.

You can read all of the Washington Post poll’s findings here.