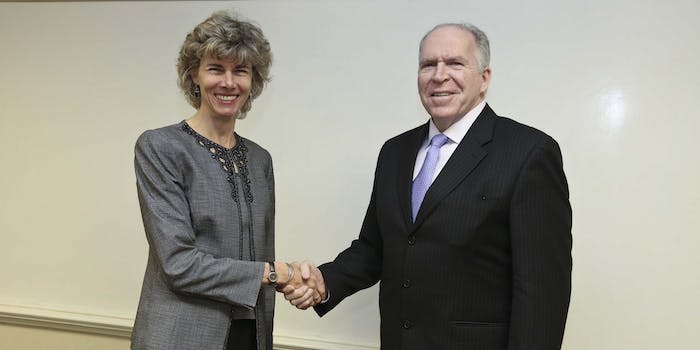 After receiving international media attention, the hacker who claimed he hacked CIA Director John Brennan’s personal AOL account is now distancing himself from his previous claims. On Monday Twitter user @phphax claimed responsibility for the hack multiple times on his own Twitter account, speaking to various media outlets, and in an interview with the Daily Dot.

The hacker, who goes by the name cracka, says he and his hacking group, Crackas With Attitude, were the ones who hacked Brennan’s account.

When he instant messaged with the Daily Dot, the hacker repeatedly backed up his claims that he was the one who hacked Brennan’s personal email account. “Holy fuck no i didn’t trick [The New York Post]. i fucking did it. who [the fuck] lies about that hahaha,” the hacker told the Daily Dot. When pressed on the authenticity of his claims again, the hacker said “No i didn’t lie lmao, cwa aren’t doing this for personal gain, its for FreePalestine and FreeGaza.”

Two Post reporters who worked on the story didn’t respond to the Daily Dot’s requests for verification they’d seen the documents cracka had allegedly accessed.

Now the alleged hacker is backing away from his claims.

The email list’s authenticity has yet to be confirmed. After the Daily Dot attempted to email more than 20 addresses listed, more than half of that sampling bounced back, so the list may be outdated.