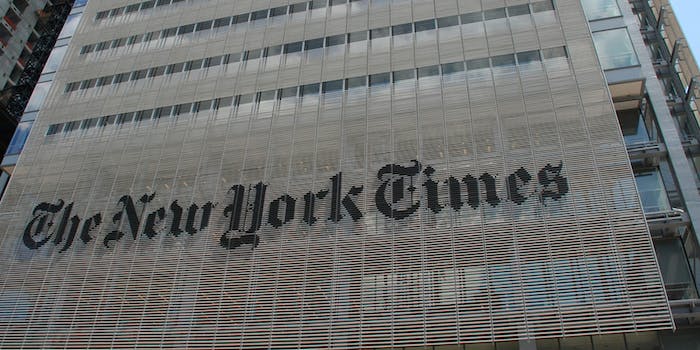 Following intense pressure from the U.K. government, the Guardian has decided to partner with the New York Times on NSA stories.

The Guardian–the British paper that has spearheaded the publication of U.S. National Security Agency documents implicating U.S. and British intelligence in controversial surveillance operations–announced that it will partner with the New York Times for future stories.

According to the Guardian, the arrangement will “give the U.S. paper access to some of the sensitive cache of documents leaked by the National Security Agency whistleblower Edward Snowden.”

The Guardian explained that the U.K. government has been putting intense pressure on the outlet to stop publishing stories about British intelligence activities. Earlier this month, the paper’s editor revealed that government agents destroyed the Guardian’s servers in London that housed documents from Snowden.

Partnership with a U.S. outlet is attractive to the Guardian because the first amendment makes “prior restraint”–the act of halting the publication of classified materials–much more difficult in America.

According to the British paper, Snowden is aware of the arrangement.