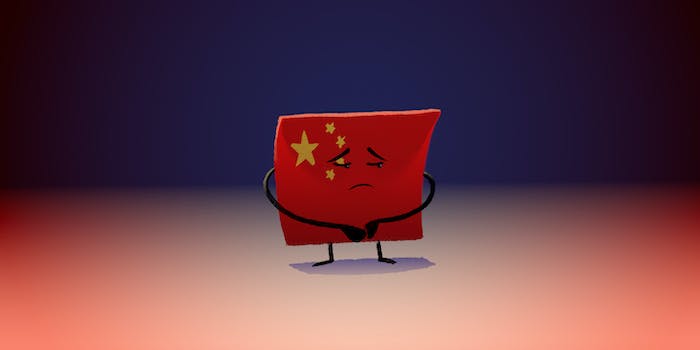 For the GOP presidential field, China is an economic, military, and ideological rival.

During the fourth Republican debate on Tuesday, one target loomed even larger than the Islamic State or Russia, and almost as much as Democratic nemesis Hillary Clinton: China.

That China was such a bogeyman should come as no surprise: The theme of the debates was the economy, it was hosted on Fox Business, and China has long been held up as the U.S.’s biggest economic competitor.

The most vocal critic on that stage was, unsurprisingly, Donald Trump, whose kickoff campaign speech started by saying of China that “they kill us. I beat China all the time.”

He continued with that line of reasoning Tuesday, calling the White House’s proposed Trans-Pacific Partnership a “deal that was designed for China to come in, as they always do, through the back door and totally take advantage of everyone.” Though Sen. Rand Paul of Kentucky correctly noted that China isn’t one of the 11 other TPP nations, Trump doubled down on insisting China’s the enemy.

“We’re losing now over $500 billion in terms of imbalance with China,” he said. “Look at the way China and India and almost everybody takes advantage of the United States—China in particular, because they’re so good.” Trump later also referred to China’s economic momentum as being a potential foreign policy issue: “China is a problem, both economically in what they’re doing in the South China Sea,” he said. “I mean, they are becoming a very, very major force.”

Others agreed that China presented major diplomatic problems. “We also must recognize that [the Middle East]’s a very complex place,” neurosurgeon Ben Carson said. “You know, the Chinese are there, as well as the Russians, and you have all kinds of factions there.” Florida Sen. Marco Rubio contrasted his views with Paul’s, which he called “isolationist,” saying some threats, including “the Chinese taking over the South China Sea,” could justify U.S. intervention.

Yet other candidates stressed how the U.S. can be seen as a more appealing alternative to China. Former Florida Gov. Jeb Bush stated his tax plan included “a corporate rate of 20 percent, which puts us 5 percent below that of China.” Texas Sen. Ted Cruz said his tax plan “would let America compete with China and the world on a level playing field.”

Even Wall Street Journal editor-in-chief Gerard Baker, one of the debate’s moderators, brought up China’s role in its ongoing cyber conflict with the United States. “Hundreds of American companies have been subjected to cyber attacks from the Chinese military,” he noted.

In the only instance of cyberwar mentioned by a candidate Tuesday, Ohio Gov. John Kasich insisted he’d retaliate harshly, and appeared to advocate retaliatory hacking that could damage physical structures. “We have the capability to not only have a defensive posture, but it also to make it clear to people that if you attack us with cyber attacks, we will destroy the mechanisms that you are using to attack us,” he said. Kasich also added that “China doesn’t own the South China Sea,” and gave a very rare compliment to President Obama: “I give the president some credit for being able to move a naval force in there to let the Chinese know that we’re not going to put up with it any more.”

Finally, Kasich added, the U.S.’s treatment of immigrants who are in the U.S. illegally is far more humane than elsewhere. “We can embrace legal immigration while believing in the rule of law,” he said. “I would note, try going illegally to another country. Try going to China.”