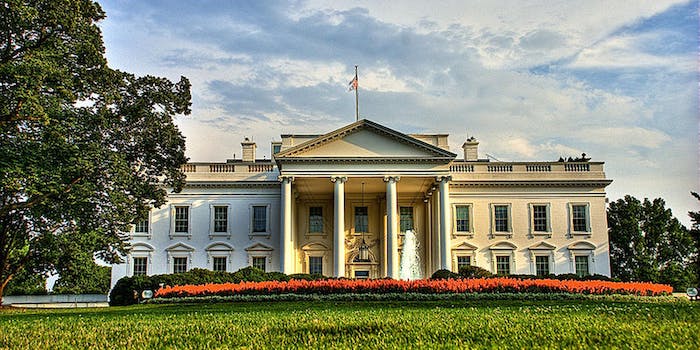 Republican presidential candidates faced off Thursday night in the first two debates of the 2016 presidential election cycle. After the smoke cleared, one question remained: who won?

A poll on the Drudge Report showed Donald Trump way out in the lead, despite him having hinted at a third-party run. But that poll hardly had a scientific sample, even among the politically active conservatives most likely to vote in the GOP primary. There are also rankings based on focus groups, Google search volume, and even quantity of Twitter mentions.

One way to get a sense of who won and who lost is to follow the money, and the money says it was a very good night for former Hewlett-Packard CEO Carly Fiorina.

PredictIt.org, a project of Victoria University of Wellington, New Zealand, is like a stock market for future events, many of them political. People can bet for or against something happening at some point in the future. Prices, which range from zero to $1 per share, serve as a corollary for the collective wisdom of the market about whether some outcome will occur.

Because political wonk gamblers put actual money on the line, prediction markets like PredictIt erase the pernicious survey problem of wishful thinking. A pundit could opine that he or she thought Candidate X won the debate, but it would likely be tinged with what they wanted to see happen. Betting on the outcome of an event gives people an incentive not to see things through rose-colored glasses.

As a result, these markets tend toward accuracy—often more so than public opinion polls, according to at least one scientific study. During the last presidential election cycle, the prediction market Intrade correctly predicted the outcome in 49 out of 50 states.

As such, looking at how the “stocks” of each candidate fared in PredictIt’s market for the 2016 Republican nomination over the course of the past day is a good way to see how the debates moved the needle. 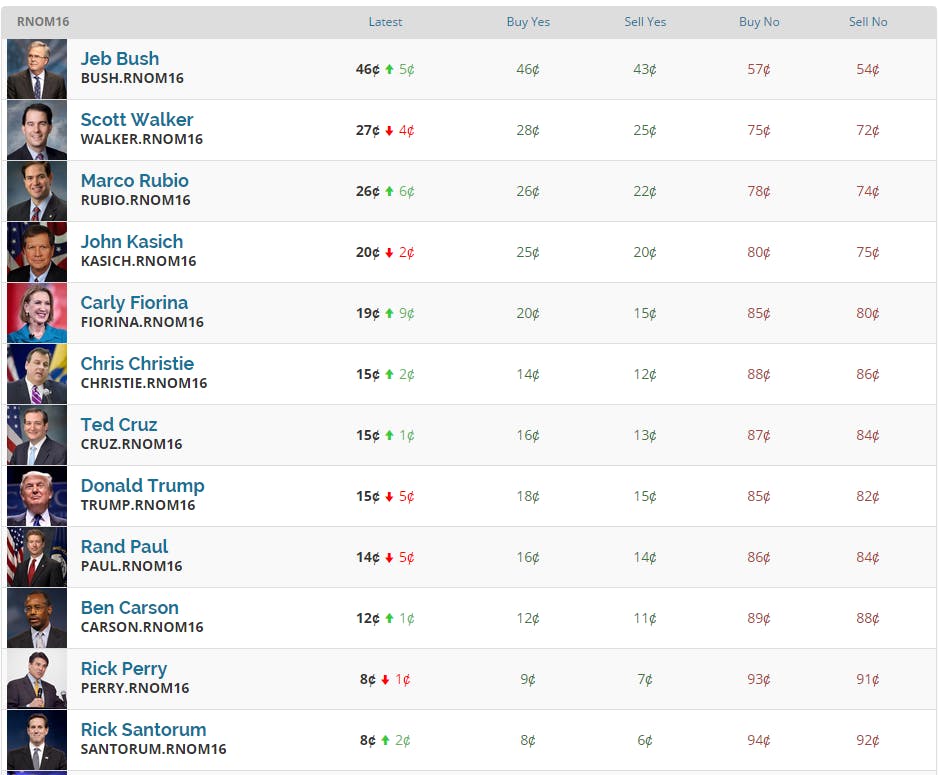 On the flip side, the market punished Trump, Sen. Rand Paul (R-Ky.), Wisconsin Gov. Scott Walker, and Ohio Gov. John Kasich, a late entrant into the race who barely qualified for the tenth podium.

Even as Trump has risen in the polls over recent weeks, PredictIt has been far from bullish on the reality TV star’s chances. Instead, establishment candidates like Bush, Walker, and Rubio have largely dominated, indicating that the smart money is on the Trump campaign’s eventual flameout.