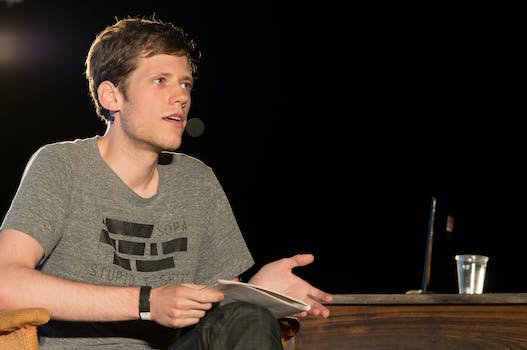 What can he really do to revive the objectively failed network?

Chris Poole, better known as moot, built one of the biggest communities on the web. Now Google is hoping he has a little of that magic left. The search giant is bringing the 4chan founder on board to give new life to Google+.

Poole announced his move Tuesday in a post on his blog, praising the people he has interacted with at the search giant.

“I continually find myself drawn to their intelligence, passion, and enthusiasm,” he said. “I’m also impressed by Google’s commitment to enabling these same talented people to tackle some of the world’s most interesting and important problems.”

Poole will be joining the Google Photos and Streams team, the part of the company that oversees Google+, the flailing social network that formerly appeared left for dead. Bradley Horowitz, the vice-president of Streams, Photos and Sharing, welcomed Poole to the team in a Google+ post.

Working under the moniker of moot, Poole successfully built 4chan into a massively popular social network that continues to launch memes, pranks, and hoaxes today, despite its archaic look that resembles the web of old.

“I can’t wait to contribute my own experience from a dozen years of building online communities,” Poole wrote on his blog.

Poole previously launched a startup called Canvas for sharing and remixing images, which, combined with his 4chan leadership experience, should prepare him well for Google’s photos and sharing team.

It’s still a strange fit, though. 4chan has always been a controversial community; it has hosted everything from essentially harmless pranks to online vigilantism and from harassment campaigns to violations of privacy. 4chan has not exactly been the type of community that Google would call a model for Google+—even if it would like to see its users exhibit the same level of passion.

Google+ and 4chan are philosophically divided, too. Whereas 4chan is an anonymous imageboard that allows anyone to post anything, Google tried to turn Google+ into a platform of socially responsible Internet commenting by forcing YouTubers to sign in through the system and use their real name—an initiative that failed spectacularly.

Poole has been critical of Google’s philosophy in the past, but perhaps his experience running a company and stepping away from 4chan gave the man formerly known as moot a new perspective.

One thing is for sure: he can’t do anything to make Google+ less popular than it already is.