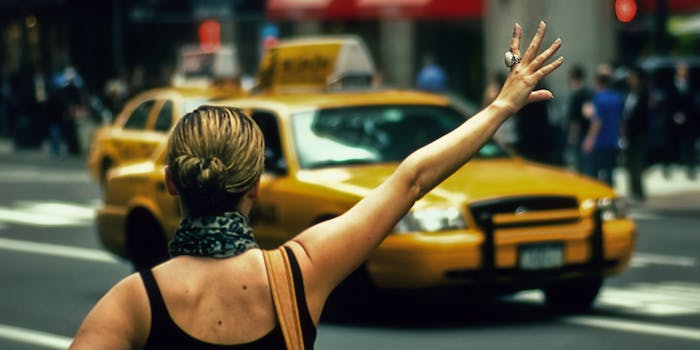 Google ads could soon pay for your taxi rides

But probably still not to Brooklyn.

Commercials on taxi screens are little more than a nuisance now, but soon enough, Google says, you’ll be able to touch one and drive straight to the location advertised—for free.

Last week, the U.S. Patent and Trademark Office approved the Google’s submission of algorithms for “transportation-aware physical advertising conversions.” The offer of a free or discounted ride to a specific business would take into account “a consumer’s current location, the consumer’s most likely route and form of transportation (such as train, personal car, taxi, rental car, or shared vehicle), the consumer’s daily agenda, the price competing advertisers are willing to pay for the customer to be delivered to alternate locations, and other costs.” 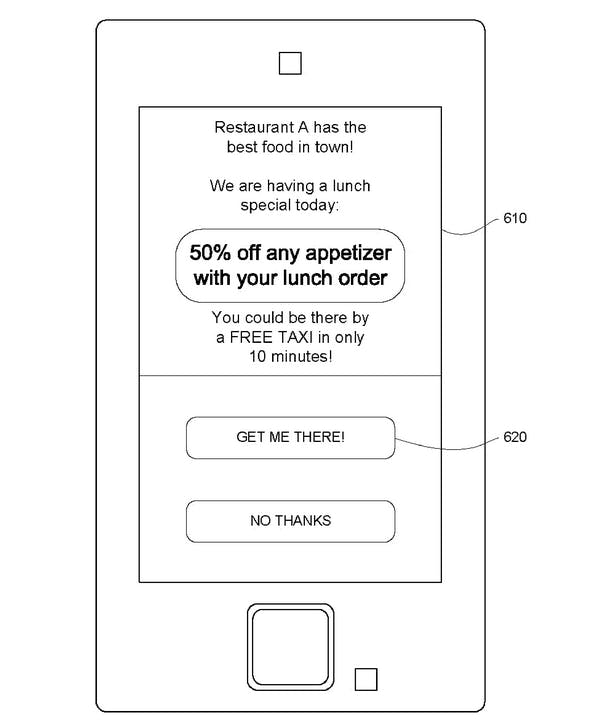 You won’t necessarily have to hail a Google cab before you know where you’re going, either. Companies that want your dollars will be able to send one along expressly to pick you up and bring you to a physical location where you can drop some money on their product. As for a ride home, well, advertisers can bid on that opportunity too, but you might be better off just buying a set of wheels at B’s Automotive: 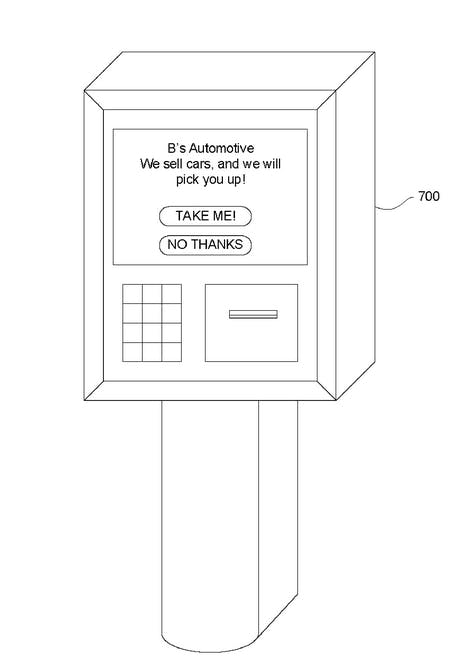 This incentivizing technology, which the patent application likens to an update on consumer enticements like coupons and parking validation, could even one day be applied to Google’s autonomous, self-driving cars. That’s right, a robot chauffeur to take you to the supermarket. The one wrinkle, for advertisers, is the inability to direct the passenger once they exit the car: Someone who got a ride to TGI Friday’s could easily go the Chili’s across the street instead.

Still, the system will be invasive enough to make some pretty good guesses about where users want to go. By indicating whether you’re a pair of adults or have children in tow, you give Google critical data in deciding whether to suggest a romantic or family-friendly restaurant. If it’s a group of passengers being transported, you might see a carpool-based deal on movie tickets. 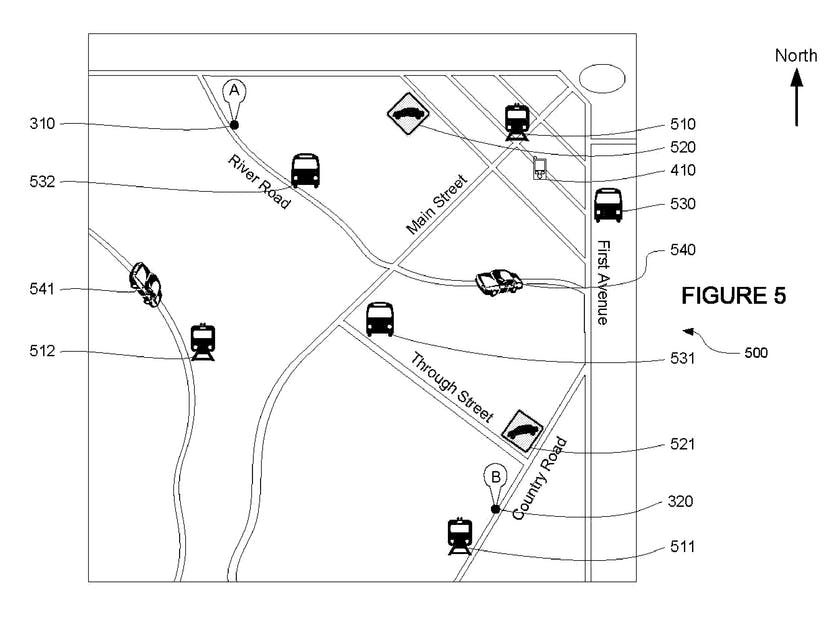 And if you need to get somewhere that can’t or doesn’t advertise? Hope you enjoy long walks.