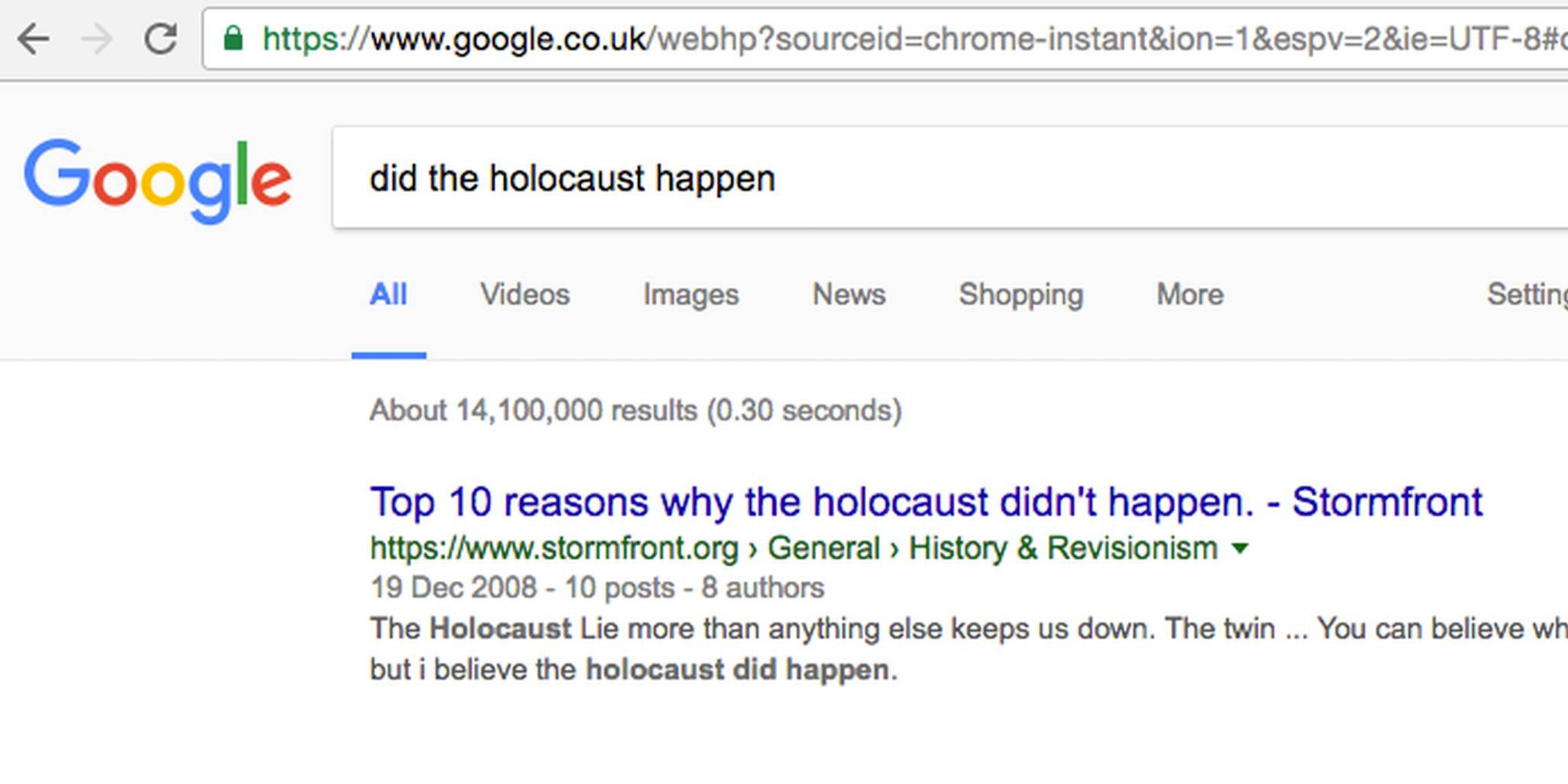 A white supremacist-made post denying the Holocaust is the top search result on Google for those who query “did the Holocaust happen” on the search engine.

The post, which is hosted on the American neo-Nazi message board Stormfront, is titled “Top 10 reasons why the Holocaust didn’t happen” and features a range of extreme conspiracy theories.

Needless to say, its the off-the-wall conspiracies are false and fly in the face of the historic record that the Holocaust did happen, but the appearance of this result as a top query response has resulted in social media outrage.

The results presented by Google’s automated algorithms are subject to a range of page-optimization factors. The concern over the placement of this particular extremist website is that this exposure could be mistaken for validity, lending credibility to fringe conspiracy theories.

Users of the search engine were initially angry that Google’s algorithm’s failed to separate message board ramblings from factual researched responses. When a company spokesperson told Fortune magazine that Google did not plan to do anything to change the results, it drew further online ire.

“We are saddened to see that hate organizations still exist. The fact that hate sites appear in Search results does not mean that Google endorses these views,” the spokesperson in the statement to Fortune, making the company position clear. “We do not remove content from our search results, except in very limited cases such as illegal content, malware and violations of our webmaster guidelines.”

The incident draws Google into a controversial debate that Facebook has been a part of since the election, questioning where the responsibility of these organizations begins in providing its users with authoritative information, and not false information.