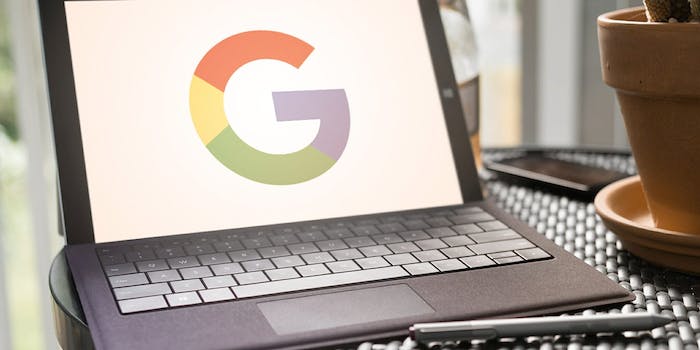 What to do about the speech we all hate?

If people spreading hate speech on the Internet aren’t willing to curtail the vitriol, then someone else might just do it for them. That’s what Alphabet Executive Chairman Eric Schmidt suggested recently.

In an op-ed for the New York Times, the top of the Google pyramid detailed his version of what a better Web looks like. Part of his plan appears to include an algorithm that detects and automatically changes or blocks hate-charged words.

“We should build tools to help de-escalate tensions on social media—sort of like spell-checkers, but for hate and harassment,” Schmidt wrote.

The pitch is just one part of a broader view of what the Web can be—a future that, in Schmidt’s view, would consist of news and information from around the world presented “free from filter or bias.” But any suggestion of censorship on the Internet, even with the best of intentions, is likely to cause an uproar.

Schmidt, who has his own issues with choosing the right language, prefaced his idea for a “spell-checker” for hate speech by drawing a contrast between censorship done for control and censorship done for decency. “Authoritarian governments tell their citizens that censorship is necessary for stability,” he wrote. “It’s our responsibility to demonstrate that stability and free expression go hand in hand.”

The Google chairman also invoked ISIS in his explanation as to why moderation on the Internet is important, stating that messages and videos from organizations like the terrorist group should be removed before they spread. At the same time, Schmidt suggested promoting those countering terrorist messages so those voices are amplified and heard.

“Without this type of leadership from government, from citizens, from tech companies, the Internet could become a vehicle for further disaggregation of poorly built societies, and the empowerment of the wrong people, and the wrong voices,” Schmidt warned before ensuring that the tools to stomp out hate online are feasible and within reach.

Peter Hart, communications director for the National Coalition Against Censorship, told the Daily Dot that he understands the inclination to take action, but believes it to be wrongheaded.

“After the recent Paris attacks, there is enormous political pressure on Internet and tech companies to do something about the threat of terrorism. Schmidt’s comments no doubt reflect that pressure, but his prescriptions rest on what seems to be an—at best—unworkable notion of creating tools to erase ‘hate speech’ from social media,” Hart said.

He pointed out that there is universal definition as to what constitutes hate speech, and said repressive governments “use their own definition to stifle dissent.”

Others sit on the opposite side of the spectrum, viewing the allowance of hate speech to be just as damaging to discourse as censorship.

“Hate speech online is a real problem which affects the dignity and human rights of Internet users, and undermines the foundations of democracy. Hate speech undermines freedom of expression of people who feel threatened online, and compromises their safety,” a spokesperson for the Council of Europe, the organization behind the No Hate Speech Movement campaign, told the Daily Dot.

The spokesperson said the Council of Europe welcomes the sentiments and suggestions from Schmidt, stating it was a “signal an awareness” of the problem of online hate and harassment.

Schmidt’s piece reflects various initiatives in a number of countries that are members of the Council of Europe, including France and Germany, that work with Internet companies to stop hate speech.

Even in its praise, the Council of Europe did offer a bit of measure in its statement. “It is of course important to make sure that any such measure respects human rights of Internet users, including freedom of expression. We cannot at this stage see that the hate speech spell-checker would go against these rights,” the spokesperson said.

Hart was considerably less gentle in his assessment of Schmidt’s statement, calling it “disturbing.” In particular, Hart said Schmidt’s statement that “our responsibility to demonstrate that stability and free expression go hand in hand” is “not necessarily or even historically correct.”

“Free speech can be quite disruptive to the status quo—and that is a good thing, otherwise we might still have segregation, women wouldn’t be able to vote, and homosexuality would be a crime,” Hart explained.

While Schmidt’s op-ed is likely more representative of his personal take on the Web and isn’t indicative of any product or direction for Google, it is still noteworthy that the head of the world’s foremost data gatherer is outwardly advocating the possibility of moderation.

In her call for technology companies to help, Clinton dismissed potential concerns of censorship, stating, “You are going to hear all the usual complaints, freedom of speech, et cetera.”

Donald Trump offered his own call to action for tech companies, trumpeting a a need for them to look at the Internet and “close it up.” The Republican front-runner suggested going to see Bill Gates and recruiting his help in blocking parts of the Web.

Trump, like Clinton, pushed aside concerns about free speech online, saying those worried about that right are “foolish people.”