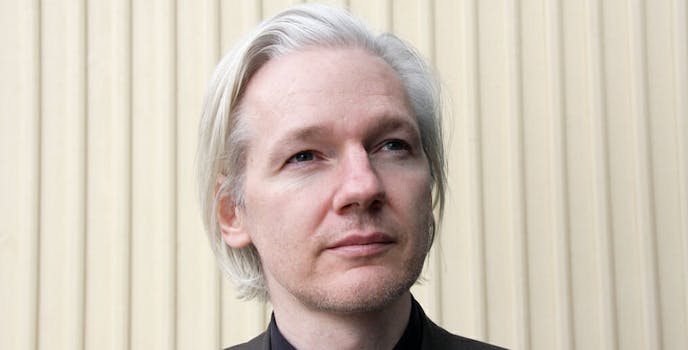 A fund for "the public, media and political campaigns, not legal costs," but doesn't specify what that means.

“Julian Assange’s safety is in serious jeopardy. He is now threatened with imminent arrest and extradition from the United Kingdom to the United States where he faces life in prison. He and his campaign team urgently need your help. Elements in the US government are aggressively pressuring Ecuador to withdraw his asylum status – the time for action is now!” the campaign states.

Assange has been at the Ecuadorian Embassy in London since 2012; he fears he will be arrested and extradited to the U.S. since he failed to appear in U.K. court in 2012 following a 2010 arrest.

In 2010, the United States began a criminal investigation into Assange because WikiLeaks released a series of videos, diplomatic cables, and other classified or sensitive documents provided by Chelsea Manning.

In November, a court error seemed to suggest that Assange was being charged in the U.S., although the Justice Department has refused to disclose information about the charges.

The GoFundMe requests $500,000 for “the public, media and political campaigns, not legal costs,” but did not clarify further. GoFundMe page says this fund “is the only official fund endorsed by WikiLeaks.”

The fundraiser says it’s affiliated with the Courage Foundation, a nonprofit that says it supports eight “beneficiaries,” including WikiLeaks and Edward Snowden, by testifying in court, appearing in media interviews, and submitting public comments in support of the beneficiaries.

The Courage Foundation did not respond to request for comment about its affiliation with the fundraiser.

Another GoFundMe, also credited to the Courage Foundation, has been more successful.

The fundraiser “Help WikiLeaks sue The Guardian for fabricating a story that Julian Assange had secret meetings with Paul Manafort,” launched Nov. 27, 2018, and has raised $50,300 of its $300,000 goal. Over 1,250 people have donated as of this writing.

The fund’s title refers to a story from the Guardian from last November, which tied Assange to former Trump campaign chair Paul Manafort. Critics raised doubts about the reporting, and both Manafort and WikiLeaks denied the meetings ever happened.