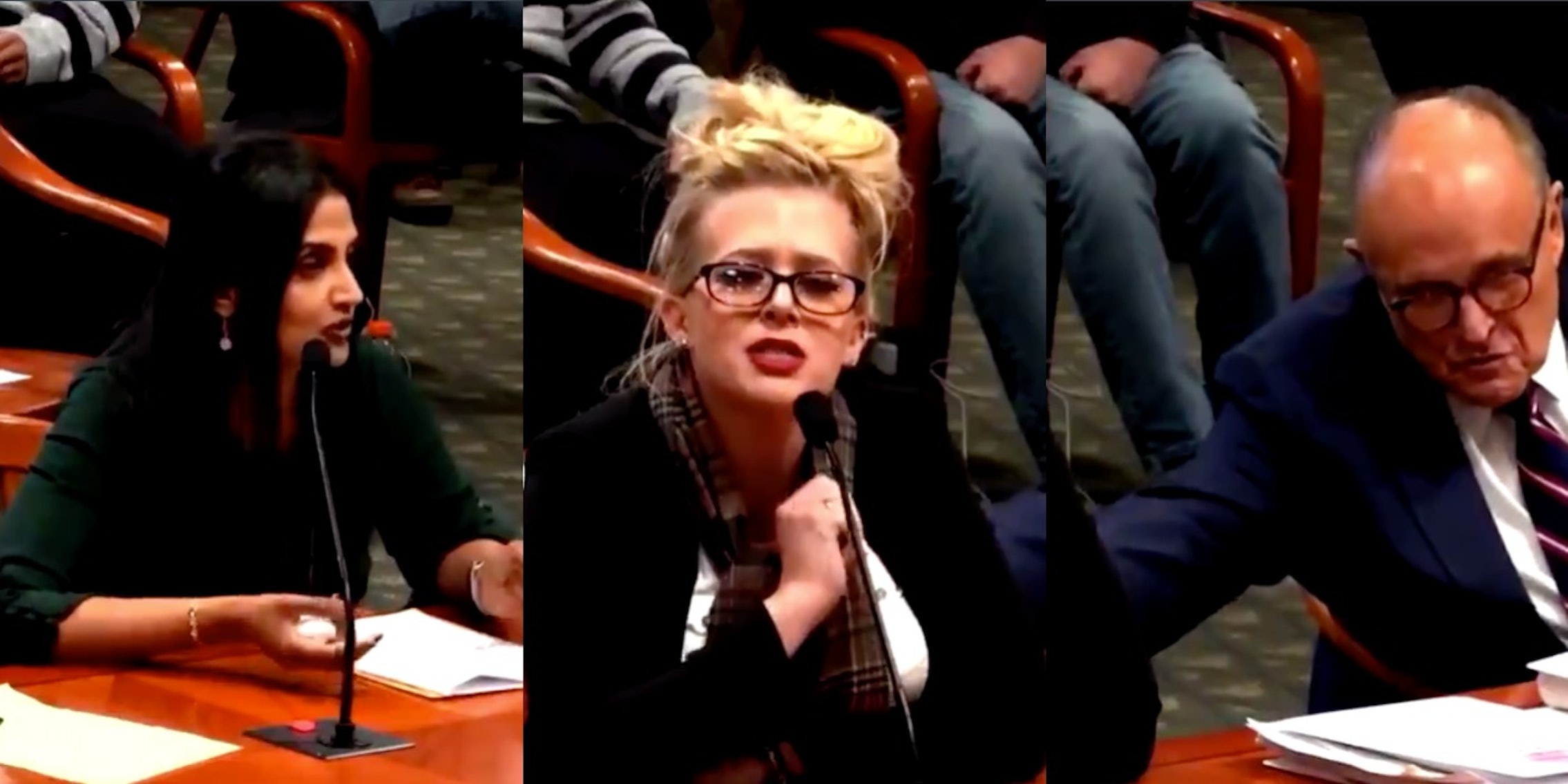 'How would you tell?'

At a hearing in the Michigan state legislature on Wednesday evening, Trump campaign lawyers Rudy Giuliani and Jenna Ellis continued to make a mockery of the long-decided presidential election. One of the witnesses, a naturalized American citizen from India, attempting to bolster an argument about voting with photo ID, said that “all Chinese look alike.”

While she served as a Republican poll watcher in Detroit on Election Day, neither she nor any other witnesses provided new evidence supporting wrongdoing claims or conspiracy in November’s election. Having nothing to do with the proceedings, her one complaint was that people could vote without a photo ID.

In response to a question from the Michigan House Oversight Committee chair on how to avoid election fraud, she answered: “I come from a country where a lot of things go wrong. Our countries are known for corruption. But when it comes to elections, from what I’ve seen here to what we used to do back in India, it is a lot more organized now because we have an identification system.”

“And the fact that now, as the other representatives said, you can actually show up and vote without an ID. It’s shocking. How can you allow that to happen?

But then it quickly got racist, like 0-to-100 racist, and with the casualness of a sip of coffee.

“Like, a lot of people think all Indians look alike,” she says. “I think all Chinese look alike. So how would you tell? If some Chow shows up, you can be anybody, and you can vote. And if somebody with my name — you can’t even tell my name — anybody can vote on my behalf. So ID should be the basic requirement.”

Of course, the necessity of photo ID, and the like, have had a mixed and oft-times sordid effect on specific demographics in America.

That wasn’t all. In a now-viral video, Melissa Carone, a contracted IT worker responsible for fixing broken voting machines at Detroit’s TCF Center, clashed with Republican state Rep. Steve Johnson. Even though she was testifying, a Wayne County judge had already ruled that her allegations “simply are not credible.”

Carone claimed the machines jammed and poll workers were putting votes through them “thousands of times,” while also insisting “the poll book was off by over 100,000.”

As she was going in with Johnson over various data points, Giuliani attempted to “shush” Carone, implying she was crossing the line with her argument, which included claims of dead people included in the rolls.

She said, openly accusatory, “What, did you guys take it, and do something crazy to it? I signed something saying if I was wrong, I would go to prison. Did you?”

According to Newsweek, she went on “to claim that poll workers had been brought to what she called a ‘Chicago warehouse’ where she witnessed fraud.” She also claimed she couldn’t get a job, and that her “life has been completely destroyed.”

By early Thursday, the clip of her exchange, specifically with Johnson, had been viewed about 9 million times.