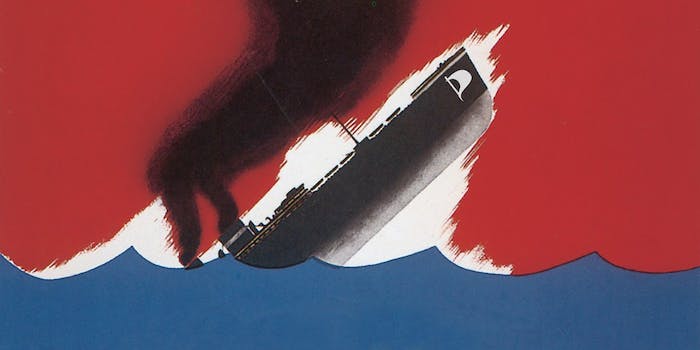 As Der Spiegel put it, "Though the party has ranted, protested and preached on the topic of government surveillance, they have not provided solutions that appeal to voters."

The party received less than 2.2 percent of the popular federal vote, far below the 5 percent it needed to get a seat in national Parliament.

It’s a disappointing loss for the Pirates, who promote Internet-savvy ideals like copyright reform, government transparency, and, increasingly, anger at government surveillance. Documents leaked by Snowden have shown that Germany’s Bundesnachrichtendienst (BND) spy agency and the NSA have collaborated to spy on German citizens. That’s prompted random acts of outrage, including one from a light artist who projected “United Stasi of America” onto the U.S. Embassy in Berlin.

But other parties capitalized on that anger more successfully than the Pirates. Though tens of thousands of Germans in nearly 40 cities turned to protest against surveillance in July and early September, the Pirate Party shared organizational credit with the Greens and Left parties. On Thursday, Der Spiegel criticized the Pirates: “Though the party has ranted, protested and preached on the topic of government surveillance, they have not provided solutions that appeal to voters.”

Conversely, the Alternative for Deutchland Party, only seven months old, did more than twice as well in the election. Focused on the platform of Germany leaving the Euro, the AfD got 4.9 percent of the popular vote, missing actual representation by a hair. And adding insult to injury, Chancellor Angela Merkel, whom the Pirate Party recently tried to embarrass with a remote-controlled drone, won a resounding victory. Her Christian Democrat Party might have gotten Germany’s first absolute majority in the past 60 years.