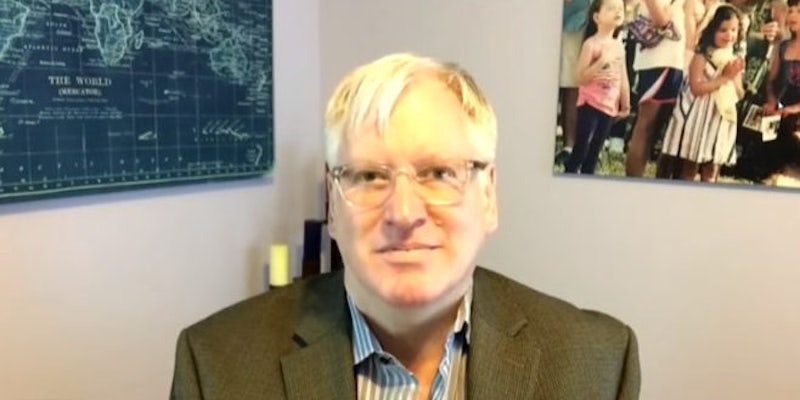 The headline could’ve been torn from the cover from the most fantastical supermarket tabloid. It would’ve been right at home next to Bat Boy’s gaping mug.

Yesterday, the Gateway Pundit came out with a whopper of a story: “Evidence mounts that BLM works with demons.”

The far-right propaganda machine was, apparently, deadly serious about this ridiculous fiction with racist implications. Now they’re getting righteously mocked.

Somewhat confusingly, the guest column by Bill Hennessy appeared under Gateway Pundit founder Jim Hoft’s byline (note to Hoft: if someone else wrote it, the piece isn’t by you). Hennessy’s “evidence” for his claim that the organization committed to racial justice consorts with the likes of Moloch and Beezlebub is laughable.

Hennessy says that Black Lives Matter co-founder Melina Abdullah (misspelled variously as “Abdula,” “Abula” and “Abdulla” in the article) admitted to “necromancy and sprit [sic] conjuring” when she spoke of calling on spirits to help in their work. You know, like how Catholics call on the saints.

He says that Patrisse Cullors, another BLM co-founder, echoed this.

Hennessy’s second pillar of “evidence” that BLM consorts with demons is even dumber. After prattling on about how dangerous it is to even think the name of a demon—typing it must be fine, though—he argues that when BLM protesters chant “say their name,” they’re conjuring demons.

He seems not to realize that he’s arguing that Black people killed by police, whose names follow chants of “say his/her name,” are demonic.

The incomprehensible drivel solicited fitting reactions on Twitter. Many suggested Hoft and Hennessy seek therapy, take their meds, or be confined to a mental institution.

“My unicorn says you are crazy,” @horsevtnek said.

Jokes and insults came rolling in.

“We held a seance with Lucifer Morningstar and he adamantly denies these most serious of allegations,” @babbles snickered.

Perhaps next week the Gateway Pundit will catch us up on how antifa is secretly led by Puff the Magic Dragon.

Silly as this story is though, it’s not worth just ignoring. The Gateway Pundit is a wildly popular right-wing news site whose posts make its way through social media up to the president.

So don’t be surprised if Donald Trump tweets about this next week.