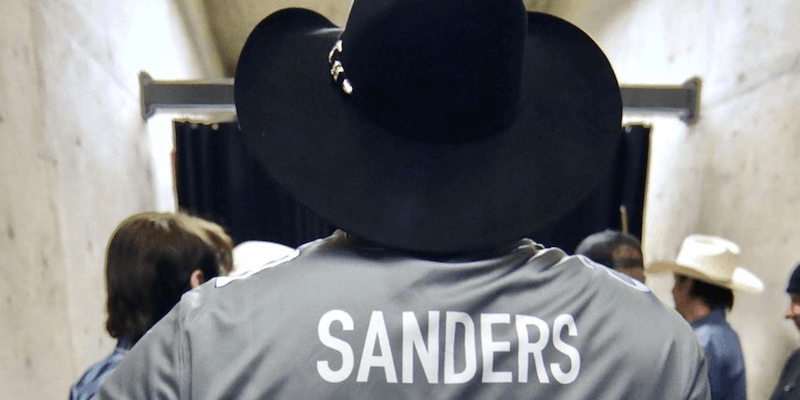 There’s a very easy way for a touring musician to gain immediate goodwill when playing a new city. Plug the hometown sports team.

And country music superstar Garth Brooks, at a show this week in Michigan, did just that, taking the stage in a jersey of the famous Detroit Lions’ running back Barry Sanders.

Who in the Great Lakes area doesn’t love the shifty, elusive football star, who retired in his prime?

It was no doubt received well by the crowd. But real life is not online, and online Michigan is a battleground state in the midst of the hotly contested 2020 election and Garth Brooks is a red state icon, and football jerseys only list the last name of a player, and there’s a candidate on the left with the same last name as Barry Sanders and well, you might see what is about to come.

Comments were what you’d expect.

“Good grief. Can’t you just do what you get paid to do ???? Why why why does it have to involve politics !!! 🤢 So sad. We don’t pay good money for anything other than to watch you perform. 😡Thought you were different,” wrote one person on Instagram.

“Nothing like supporting a communist to loss a few fans! How about going to a successful socialist country and doing some research? Oh yes, you can’t because there aren’t ANY successful socialist countries!” added another. Twitter user Jason Vincent first flagged the drama—spotting the cross-post on Facebook—highlighting the freakout from Trump fans, who thought a truck drivin’, beer drinkin’ working-class hero was given Bernie Sanders a shoutout.

He has drawn suspicion from conservative country fans previously: In 2017, he skipped Trump’s inauguration.

Brooks’ next show is in Charlotte, North Carolina, so get excited when leftists online mistake his Kerry Collins throwback for an endorsement of Sen. Susan Collins (R-Maine.)

Correction: Collins is a Republican.