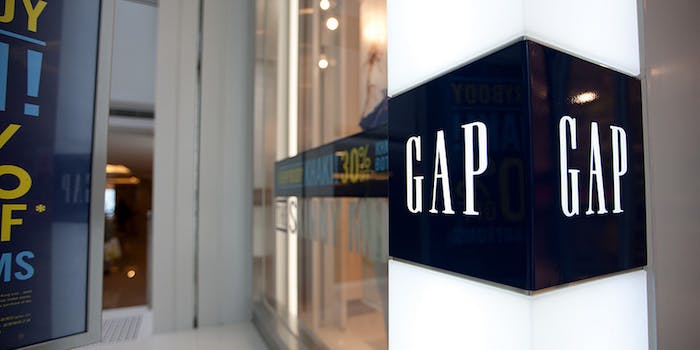 “I almost spat out my coffee this morning when I read this,” said a rep for the company.

Shopping for a tie is boring as hell. But it’s not quite as bad when you order an item and get a company’s internal employee documents by mistake.

CNET’s Emily Dreyfuss explained Thursday how her fiancé was expecting a tie and pocket square ordered from Gap chain Banana Republic for their wedding. Instead, they received a bundle of confidential employee information. As proof, Dreyfuss shared a vine of the documents, which included “Social Security numbers, W2s, resignation letters, and doctors’ notes” for around 20 people, the Associated Press noted.

Dreyfuss wrote on Tumblr that she tweeted Gap about the mixup, and a Banana Republic customer service representative got in touch to apologize.

The company is going to provide a self-addressed, stamped envelope to have the documents returned and the tie is likely going to be comped, she noted.

“I almost spat out my coffee this morning when I read this,” he said. Banana Republic is going to send us a self-addressed stamped envelope to return the documents to them securely. They are likely also going to comp my fiance’s tie. The Banana representative said that this incident would be pushed up the chain and if it was deemed the employees concerned needed to be informed of the matter Gap Inc would make sure to let them know. “Clearly we have a lot of integrity and want to do the right thing,” he said. I believe him. Except he also indicated this has happened before.

Dreyfuss was sympathetic to the employee who flubbed the shipment. As the Banana Republic rep noted, Gap stores send customer orders and employee information bound for a company warehouse in the same bags (which is not the brightest idea), and someone simply switched the labels.

She added she’d been at the other side of a mix-up in a previous job, mailing her then-boss’s article to a bank and a check to a magazine after placing the wrong label on an envelope. Dreyfuss also claimed it was the second time confidential information had been wrongly sent to her home, after receiving employment records for a new professor instead of the documents for her fiancé’s new position at a university.

Amid recent revelations about government spying programs, it’s easy to forget there’s far more danger to privacy when a coworker does something dumb with your personal information.