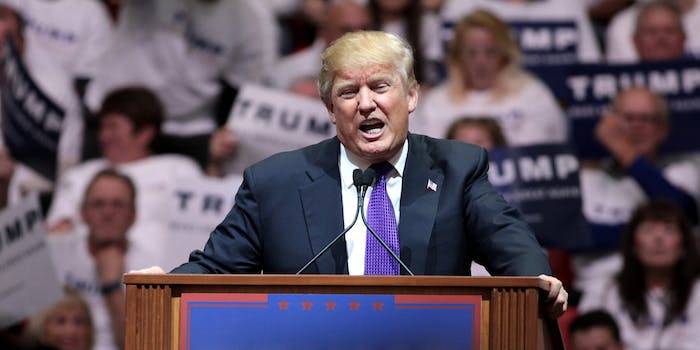 The panel has been scrutinized by many people.

A congressional watchdog group is launching an investigation into the voter fraud panel established by President Donald Trump, according to reports.

Sen. Cory Booker (D-N.J.), Sen. Amy Klobuchar (D-Minn.) and Sen. Michael Bennet (D-Colo.) sent the GAO a letter last week asking the agency to investigate the voter fraud commission, arguing that it was conducting its work in a way that “will prevent the public from a full and transparent understanding of the Commission’s conclusions and unnecessarily diminish confidence in our democratic process.”

The GAO will begin its investigation in approximately five months, according to NBC News.

Trump enacted his “election integrity” commission earlier this to investigate Trump’s false claim that millions of votes were cast illegally in the 2016 election.

The commission, led by Vice President Mike Pence and Kansas Secretary of State Kris Kobach, has been challenged by the American Civil Liberties Union in a federal lawsuit and has drawn intense criticism from everyday Americans regarding its sweeping requests for data and information on Americans.

The commission asked for voters first and last names, birthdays, last four digits of their Social Security numbers and voting histories going back to 2006. A number of states have pushed back against the commission’s requests and in one round of public feedback someone sent the commission a link to the infamous shock photo “goatse.”