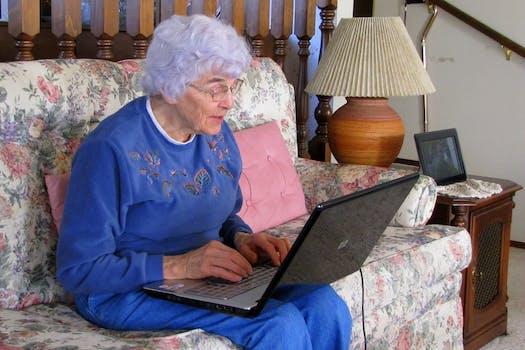 17 critical Internet activities for avoiding time with your family

Your gameplan for surviving the winter break.

In most cases, the holidays are meant for spending time with your family. But between getting into heated arguments with your Uncle Ned about whether “schlong” can be used as a transitive verb and avoiding your mother’s prying into your non-existent love life, something has got to give. The holiday season is notorious for triggering anxiety and depression, much of it bought about by our very own flesh and blood.

Which is why, this winter break, you should instead spend a lot of high-quality, unstructured time with the Internet. And not the normal stress-inducing corner of the Internet—Facebook, your work emails, Twitter—but the fun side of the Internet. An Internet of cats rolling in cash, hilarious comics, and opportunities to grow as a person. An Internet you forgot even existed.

Tis’ the season to kick back, unwind, and re-connect with the Internet you first fell in love with, before the Fat Jew and Donald Trump’s Twitter feed eliminated your faith in humanity. Here are some of our favorite things to do on the Internet just for fun. 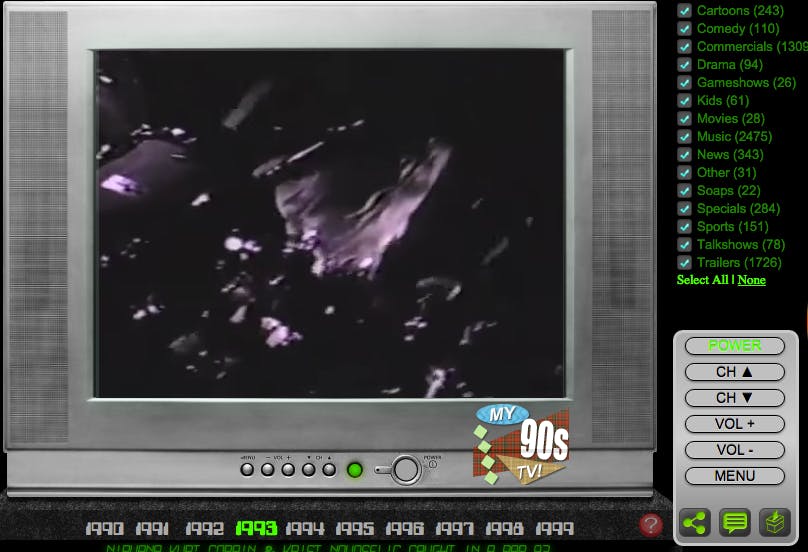 From the old, boxy television screen to the fuzzy reception, My 90s TV is a free simulation of watching television in the ’90s. While surfing through its channels, you’re as likely to hit footage from the 1992 presidential debate between Bill Clinton and George H.W. Bush as you are a Nirvana video. For even older nostalgic content, don’t miss My 70s TV or My 80s TV.

Old Weather is a crowdsourced effort to transcribe weather records from thousands of logbooks from 19th and early 20th century naval ships. The results will give scientists invaluable insights into what the climate was like decades in the past.

3) Test your sense of location with Geoguessr

Geoguessr is an addictive game that drops you at a random location anywhere in the world within Google Maps. You guess your location on the map and earn points based on how close it is to the actual location. You’ll be stunned at how many towns and cities look nothing like you expected, as well as how many places on opposite sides of the planet bear an uncanny resemblance to home. Who knew farmland in Melbourne, Australia, could look so similar to farmland in Omaha, Nebraska?

4) Use your smarts to help hunger with Free Rice 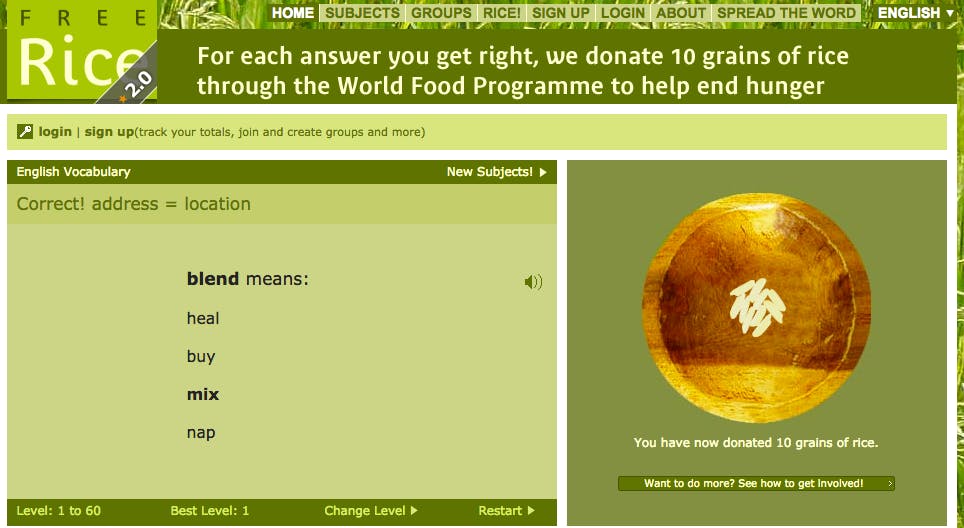 Free Rice donates 20 grains of rice to the United Nations’ World Food Programme for every correct answer on its online trivia game. Users have their pick of categories ranging from SAT vocabulary to human anatomy. We recommend Free Rice if you’re learning a new language; there are categories for German, French, Spanish, Italian, and even Latin. 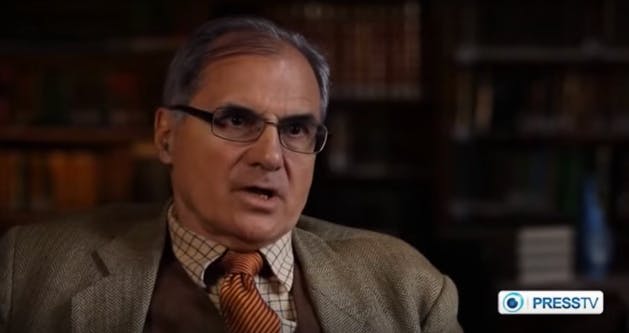 Probably the Internet’s vastest portal for free, full-length documentaries is FullDocumentary.net. Notables include this 60 Minutes episode on corrupt lobbyist Jack Abramoff as well as a film on the science and art of cheese. 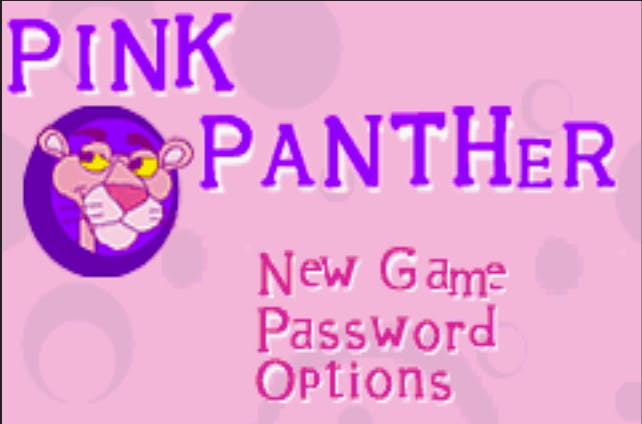 Thanks to Game Oldies, many of your childhood favorites from Nintendo to Sega CD to Atari are available to play from the comfort of your own browser.

7) Brush up on your Tom Haverford foodie lingo 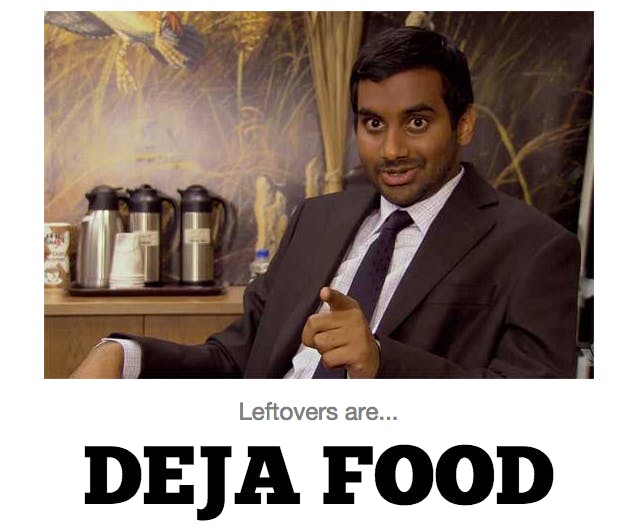 One of the many quirks of Tom Haverford from Parks and Recreation was his personal lingo for talking about common, everyday food dishes. What are chili dogs? Cold puppies. What are muffins? Naked cupcakes. What are salads? Leafpiles. Tom Haverford’s foodie parlance may seem endless, but it’s all perfectly captured on Tom Haverfoods. 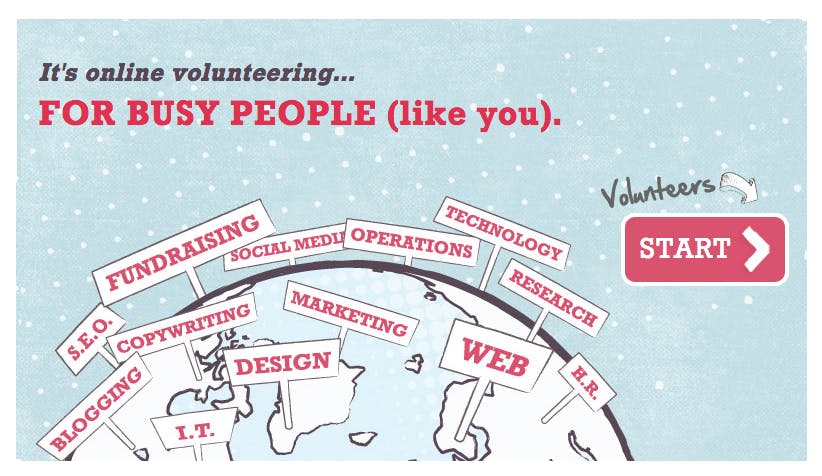 Whether it’s taking 20 minutes to translate a brochure in Spanish for a small nonprofit or designing a logo for a homeless shelter, you can find plenty of online volunteer opportunities through Skills for Change.

9) Binge-listen to the Nixon tapes 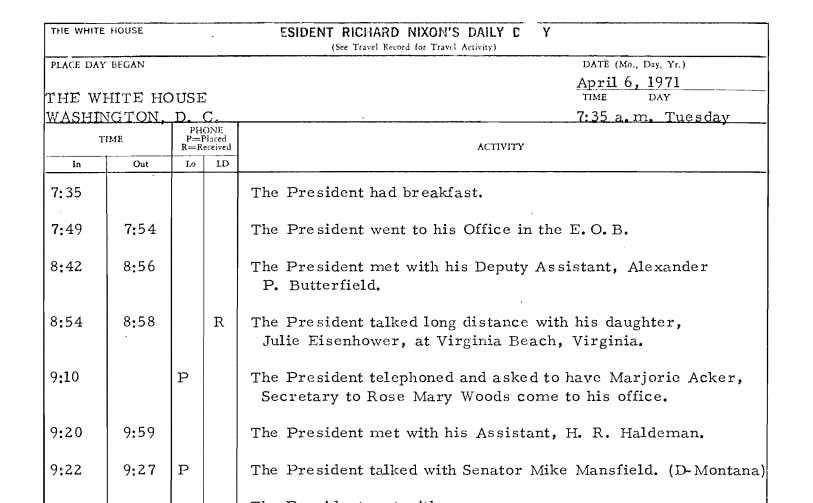 President Richard Nixon secretly recorded more than 3,700 hours of his phone calls and meetings during his presidency. Thanks to NixonTapes.org, the majority of those confidential White House interactions are available for anyone with an Internet connection to listen to their heart’s content. 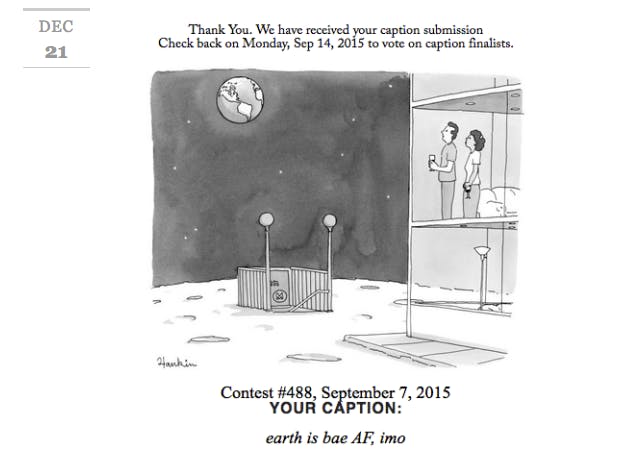 Not every entry to the New Yorker‘s famous caption is a sparkling gem of wit. Nowhere is this more apparent than on Shitty New Yorker Captions, a site that gives the shoddiest and most ill-conceived entries to the nation’s most high-brow caption contest the full display they deserve. As it turns out, the worst efforts can sometimes yield the funniest outcomes. 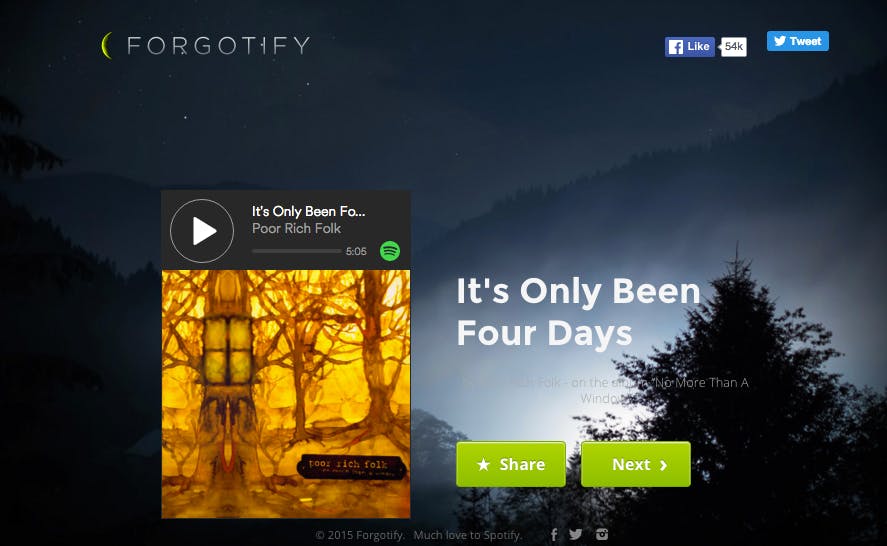 Millions of songs live on Spotify that have failed to warrant a single listen. With Forgotify, you can lend your ear to the many unplayed tunes out there.

12) Read history’s most famous listicles on Lists of Note

Lists are not for the creatively challenged. From F. Scott Fitzgerald to Thelonious Monk, some of history’s greatest minds were inclined to jot down their thoughts in listicle form. Luckily, Lists of Notes takes the time to catalog all the lists that matter. Whether it’s Kurt Cobain’s to-do list in chicken scratch he prepped in advance of “Smells Like Teen Spirit” or Martin Luther King’s guidelines for how to board an integrated bus, you’re guaranteed to not look at lists the same way again.

13) Learn how to become a human lie detector 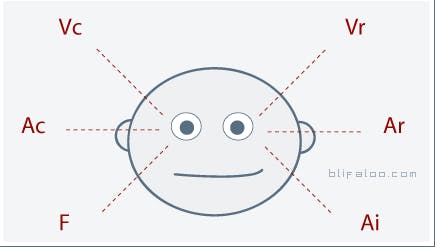 Liars give off many bodily and verbal cues that can give them away. Learn how to spot a fibber with this visual tutorial from blifaloo.

14) Look at pictures of cats rolling in money 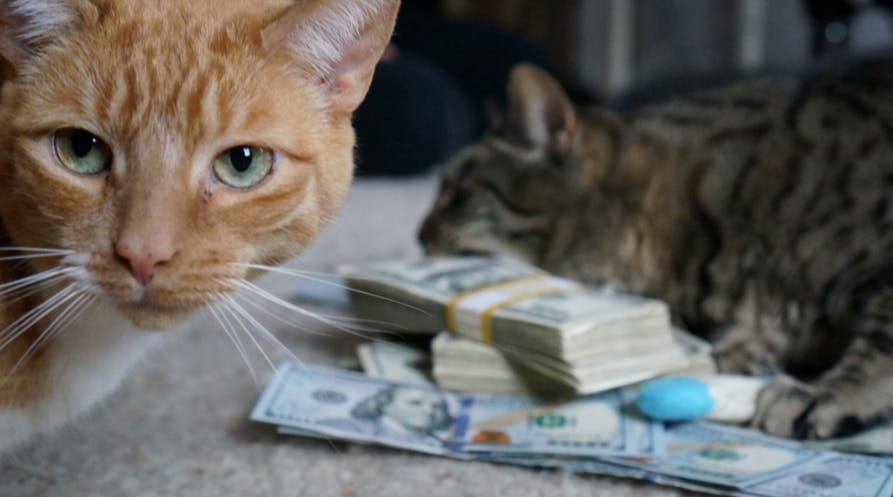 Maybe it’s their naturally smug expressions or plush coats, but felines look hilarious when covered with money. Look no further than Cash Cats for proof. 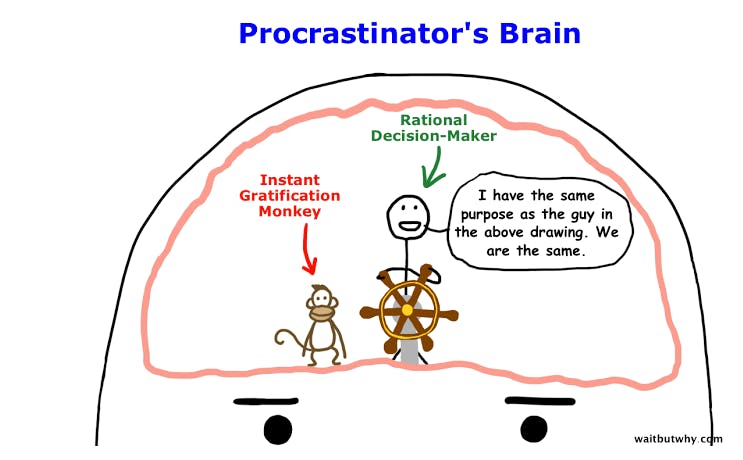 In the dark jungle of the Internet, WaitButWhy stands out as a hilarious voice of reason. It’s more conversational than a webcomic and too cynical to be a self-help site. WaitButWhy is a novel mixture of many different worlds. Topics on WaitButWhy will run the gamut from history to Web culture to psychology.

Founders Tim Urban and Andrew Finn are the brains behind a series of witty, informative posts, including “10 Types of Odd Friendships You’re Probably Part Of” and “How Tesla Will Change the World”.

This is Why I’m Broke

This is Why I’m Broke is a finely curated list of simultaneously odd and awesome things you can buy on the Internet. It is no doubt a gateway drug to online shopping addiction, but can be harmless if you’re just hunting for a creative gift idea or are broke at the onset. 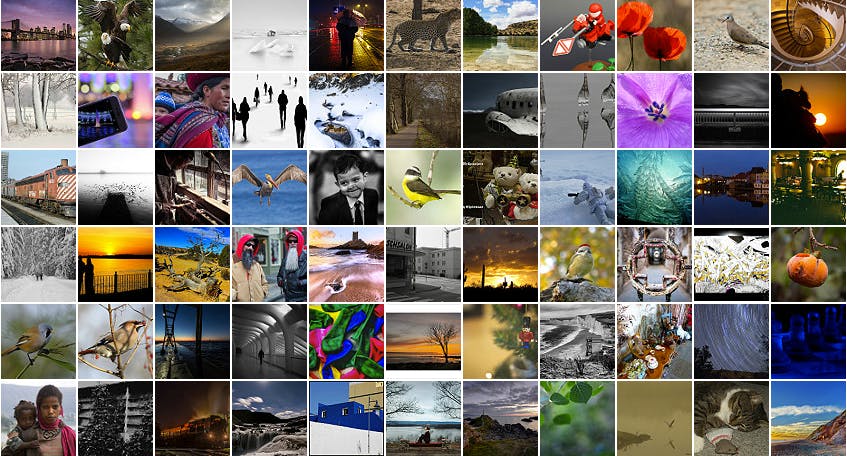 Designers Mark Barcinski and Adrien Jeanjean are the brains behind Endless Interestingness; a seemingly endless selection of the boldest and most captivating images on Flickr.