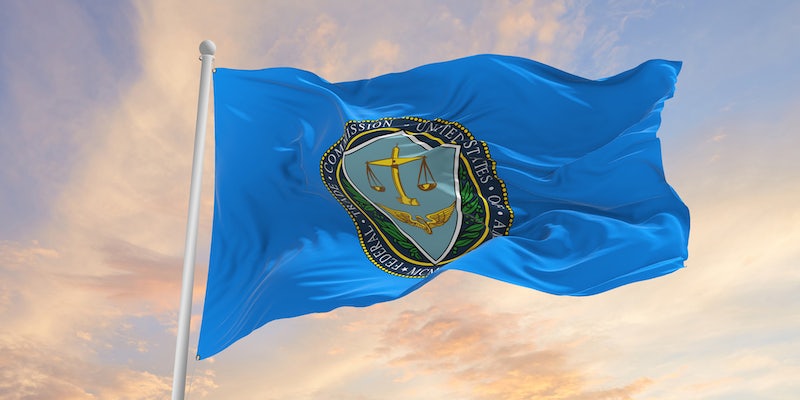 'People want and deserve meaningful rules to protect their privacy.'

Digital rights groups have long complained that the FTC doesn’t do enough to protect people’s privacy. They welcomed this proposal, which comes as Congress is considering the American Data Privacy and Protection Act.

“Through this ANPR, the commission aims to generate a public record about prevalent commercial surveillance practices or lax data security practices that are unfair or deceptive, as well as about efficient, effective, and adaptive regulatory responses,” the FTC said.

“These comments will help to sharpen the commission’s enforcement work and may inform reform by Congress or other policymakers, even if the commission does not ultimately promulgate new trade regulation rules.”

According to the FTC, the ANPR only includes a “fraction of the potential consumer harms arising from lax data security or commercial surveillance practices,” which is why it’s seeking public comment on the prospective new rules.

This is only the first step of what will likely be a lengthy process. The FTC may ultimately decline to enact new rules.

“People want and deserve meaningful rules to protect their privacy,” Alexandra Reeve Givens, president and chief executive officer of the Center for Democracy and Technology, said in a release.

“We applaud the FTC for launching this process and engaging on privacy rules more generally. We look forward to engaging in this process and helping develop a strong public record of the need for meaningful privacy protections.”

“While we continue to support federal and state efforts to enact and enforce comprehensive privacy legislation, consumers can wait no longer to have their personal information protected,” he said.

“The FTC has the authority to issue clear rules to safeguard personal data by holding companies accountable for unwanted data collection, use, and disclosure. We encourage them to use that authority to protect American consumers.”

Sen. Ed Markey (D-Mass.) said that, while the new rules are no substitute for congressional action, he applauds the FTC for taking steps to protect privacy and digital rights.

“As a longtime advocate for comprehensive privacy protections, I wholeheartedly support the FTC’s efforts to explore strong online privacy rules,” Markey said in a statement.

“I thank [FTC] Chair [Lina] Khan for her tireless work to protect consumers and look forward to working with her and the rest of the commission on this proceeding.”

The FTC also announced a Sept. 8 public forum where it will more clearly go over the rulemaking process and the scope of the rules it may implement. Members of the public are invited to sign up to speak at the virtual event.