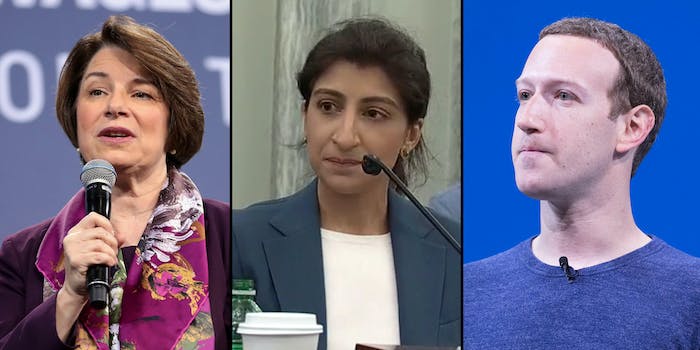 Members of Congress said 'the public deserves no less.'

A group of lawmakers from both chambers of Congress is urging the Federal Trade Commission (FTC) to keep pushing its antitrust fight against Facebook in the wake of a court decision earlier in the week.

The Verge first reported that the lawmakers sent the letter.

In the letter, the four lawmakers asked that the FTC “continue to pursue enforcement action against Facebook” and to “consider all available options under the law for ensuring that the Commission’s claims receive a full and fair hearing before the court.”

The lawmakers added: “The public deserves no less.”

On Monday, a U.S. District Court judge dismissed a lawsuit against Facebook brought forth by the FTC where it alleged the company maintained a monopoly over personal social networking. The FTC said the acquisitions of Instagram and WhatsApp were done to “eliminate threats to its monopoly.”

However, the judge said that the FTC’s complaint against Facebook was “legally insufficient.” The judge dismissed the complaint without prejudice, leaving the door open for the FTC to amend its complaint and file again.

You can read all of the Verge’s report here.