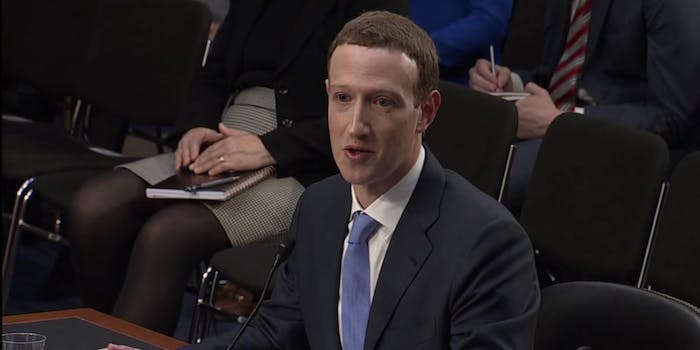 Facebook joins Google as monopoly in the eyes of the government.

On Wednesday, Facebook became the latest tech giant to be hit with a lawsuit over its monopolistic practices, as the government filed an antitrust suit against the social media network.

In a statement on Twitter, New York State Attorney General Letitia James announced that a bipartisan coalition would be taking on Facebook “to end its illegal monopoly.”

“We are taking action to stand up for the millions of consumers and many small businesses that have been harmed by Facebook’s illegal behavior,” James said.

In subsequent tweets, James accused the social media behemoth of using “its monopoly power to crush smaller rivals and snuff out competition, all at the expense of everyday users.”

“Instead of improving its own product, Facebook took advantage of consumers and made billions of dollars converting their personal data into a cash cow,” James added.

The lawsuit, as further noted by James, is intended to send a message to both Facebook and other tech companies that monopolistic behavior will be met with litigation.

“Efforts to stifle competition, reduce innovation, or cut privacy protections will be met with the full force of almost every attorney general’s office in the nation.”

The Federal Trade Commission (FTC) also filed a separate lawsuit against Facebook on Wednesday that likewise accused the company of illegal actions.

Both lawsuits make specific mention of Facebook’s acquisition of WhatsApp and Instagram, apps that many believe were competitive threats. Facebook purchased Instagram in 2012 for $1 billion before obtaining WhatsApp for $19 billion in 2014.

The FTC has called for Facebook’s acquisition of the two apps to be reversed on the grounds that the purchases were “anticompetitive” in nature.

“Today’s enforcement actions aims to restore competition to this important industry and provide a foundation for future competitors to grow and innovate without the threat of being crushed by Facebook,” the FTC said. “The Commission’s requested relief includes unwinding Facebook’s prior acquisitions of Instagram and WhatsApp, and barring Facebook from engaging in additional anticompetitive practices that have helped it dominate the personal social networking market.”

Facebook joins Google as one of two Silicon Valley stalwarts to be hit with lawsuits from the government. For the past two years, both Congress, the Justice Department, and state attorneys general have been investigating monopolistic practices in the tech sector, with a focus on Apple, Amazon, Google, and Facebook.

The lawsuit against Google calls for the search giant to be broken up, calling it a self-reinforcing monopoly, noting how it takes in gobs of money from distributors, then pays them to keep Google as a default search engine.