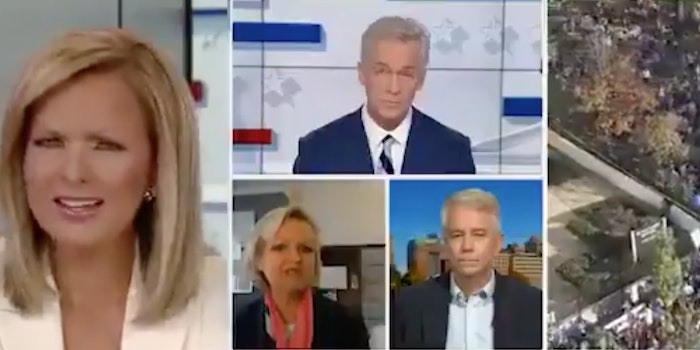 Conservatives are outraged that the host would dare suggest that Trump lost the race.

A Fox News anchor was unaware that she was on live television when she reacted to a pundit’s claim that President-elect Joe Biden hadn’t actually won the election.