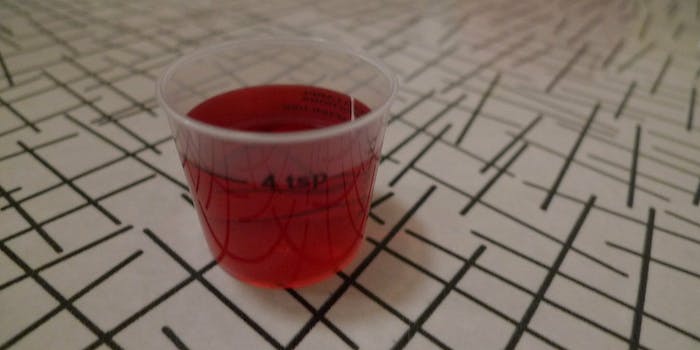 It's the most contagious time of the year.

Lock your doors. Avoid your friends. Disinfect everything. It’s October, which means that flu and cold season is officially here.

More than 92 million doses of the flu vaccine have been distributed so far, according to the Center for Disease Control’s latest update, and CNN reports that it contains the H3N2 strain, considered to be the dominant strain for this year.

As you might’ve learned the hard way last year, flu shots are hardly fail-safe. Health care workers estimate a 50 to 60 percent efficacy rate for the flu vaccine. And even if you manage to get out of seven-month flu season blissfully flu-free, there’s still the chance of the common cold coming straight out of nowhere and doing a Roberta Vinci to your Serena Williams. According to the CDC, most adults have around two to three colds per year. Cold viruses usually spread from infected people through the air or close, personal contact. In short, if you plan on kissing, hugging, standing next to or shaking hands with any other human being between now and May, there’s a chance you could contract a cold. And if you plan on avoiding all humanly contact and holing up in your apartment and watching Netflix all winter, there’s a chance you could die from sheer loneliness. So, choose your own adventure, I guess.

Rest-assured, there are plenty of hacks to guarantee you won’t be out of commission this entire flu season. Or at least, more than you have to be.

1) Use the Sickweather app to see trends in your area

Is everyone around you contagious? Is your workplace an incubator for viruses? Should you tell your grocery store clerk to keep the change and douse your hands in Purell after shaking hands with the new guy in Accounting?

Instead of living in fear and suspicion of your fellow human beings, download the Sickweather app and get actual confirmation. The Sickweather app scans Twitter and Facebook mentions to show you how many people in your area are under the weather. The app also allows its users to anonymously self-report if they are sick.

Start by picking your location: If you want, you can also use Sickweather to broadcast your bedridden state on Facebook and Twitter so everyone you know will avoid you completely.

Sickweather can come in hand for allergies, chicken pox, and other ailments as well. Separate maps allow you to tailor your search to specific illnesses. Sickweather lets you zone in on illness reports to see their street location. Seeing how many people are sick, and with what, in your immediate surroundings could be beneficial if it influences your behavior. Is the common cold going around in your area? Wash your hands more and stock up on some zinc tablets.

Sickweather is available for iOS and Google Play. Eat yogurt for breakfast, chug some kombucha, or pop a probiotic supplement. There’s evidence (though limited) that live yeast or bacteria in fermented and cultured foods can strengthen the immune system and ward off illnesses. Dr. Paul Forsythe told the Los Angeles Times that evidence exists that certain strains of probiotics can reduce the length or severity of a cold.

3) Go to Flu.gov to find out where to get a flu shot

It’s likely that your workplace or academic institution will provide you with flu shots, but if that’s not the case, the Flu Vaccine finder widget on Flu.gov will help you find the nearest vaccine clinic. Flu Vaccine Finder even lets you order an Uber directly to the vaccine clinic of your choice. How ridiculously convenient is that? According to the Mayo Clinic, a recent analysis showed that when taken within 24 hours of the first signs or symptoms, zinc tablets could reduce the duration of a cold by 24 hours. The jury is still out on what exact dosage of zinc could be helpful, so talk to your doctor before hitting up the drug store.

Let’s say the worst has happened and you’re actually under the weather. You’ve paid a visit to the doctor, and now you have a prescription for antibiotics or Tamiflu. Before shelling out your hard-earned cash on prescription drugs, download the GoodRx app to compare prices at local pharmacies. Good Rx also comes with its own coupon that can apply at some pharmacies. The app also displays individual pharmacy coupons and manufacturer coupons.

Good Rx is available for iOS and Google Play.

6) Get the low-down on prescription drugs with Iodine Iodine is like a smarter, more authoritative Yelp for prescription and over-the-counter drugs. Iodine is available as both an app and website. Users start by typing in their medication. Iodine will allow you to learn about the basics of whatever drug you’re taking, including side effects, benefits, and trade-offs. Users reviews that identify age and gender can provide more clues on whether the drug could work for you.

You can also use Iodine to learn more about your actual condition, as well as see what the most popular remedy is for people of your gender and age group. Iodine is also available as an app for iOS.

Photo via watashiwani/Flickr (CC BY 2.0)