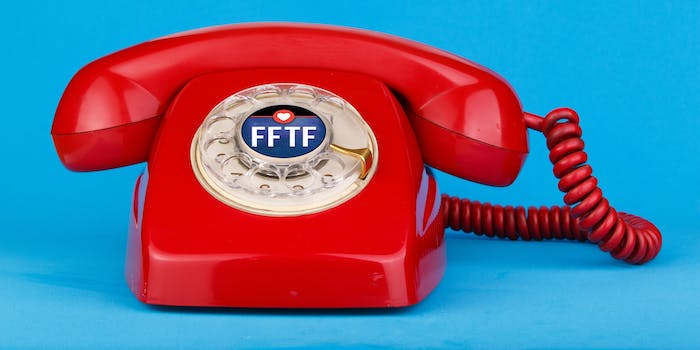 A leading U.S. digital rights organization has pinned the blame for last week’s nationwide internet outage on “technologically illiterate lawmakers” while launching a telephone hotline with the promise to help them “understand the recent cyberattacks that took down many popular websites last week.”

“When members of Congress talk about ‘cyber bots’ coming after them about free speech, people on the internet have a hard time taking them seriously,” writes Fight for the Future, the group behind the hotline, which has in the past played a pivotal role in defeating controversial bills such as the Stop Online Piracy Act (SOPA).

“We started this hotline to help you avoid those cringeworthy moments that could make you famous in a bad way, but more importantly, to get you up to speed on internet security so that you don’t make uninformed decisions about the Internet and our basic rights in the digital age.”

Dozens of top websites became inaccessible for Americans last week after a massive distributed denial-of-service (DDoS) attack struck three Dyn data centers. The consensus among security experts now appears to be that the DDoS attack was not politically motivated. Worse, however, is that it may have been the work of a relatively unskilled group or individual who frequents hacking forums most known for attacking video game companies.

A website to help educate U.S. lawmakers after the attack on the ins and outs of DDoS was established by Fight for the Future this week after a series of cringe-worthy interviews exemplified just how little politicians actually know about cybersecurity.

Following an interview on CNN, the intelligence of Rep. Marsha Blackburn of Tennessee was questioned by a slew of websites puzzled by her reaction to the outage. (Gizmodo went as far as to label Blackburn an “idiot.”) Speaking with CNN host Wolf Blitzer, Blackburn said she had recently tried to pass data security legislation,” and also recalled attempting to pass SOPA many years ago.

“We also known that a few years ago we tried to do a bill called SOPA in the House which required the ISPs to some governance on these networks and to block some of the bad actors,” Blackburn said.

The intention of SOPA—a bill roundly condemned by internet companies and digital advocates as anti-First Amendment—was to stop online piracy. It had little or nothing to do with security, and certainly not the type of security that would defend against a DDoS attack. The criticism of Blackburn was particularly sharp because of her role on the House Subcommittee on Communications and Technology.

Blackburn’s inability to discuss intelligently the most basic of security problem shows she may be ill-suited to the task for which she was hired. Presumably, a person who helps formulate laws about technology should have an inkling of knowledge about how that technology works.

According to Fight for the Future, callers to the hotline will be connected to Jeff Lyons, the group’s chief technology officer, who is “more than happy to explain the basics of how DDoS attacks work, and how hastily passing more bad internet legislation will put us all in even more danger.”

“We can also discuss how the SOPA cyberbots were or were not a part of this attack, if you want,” the group added.