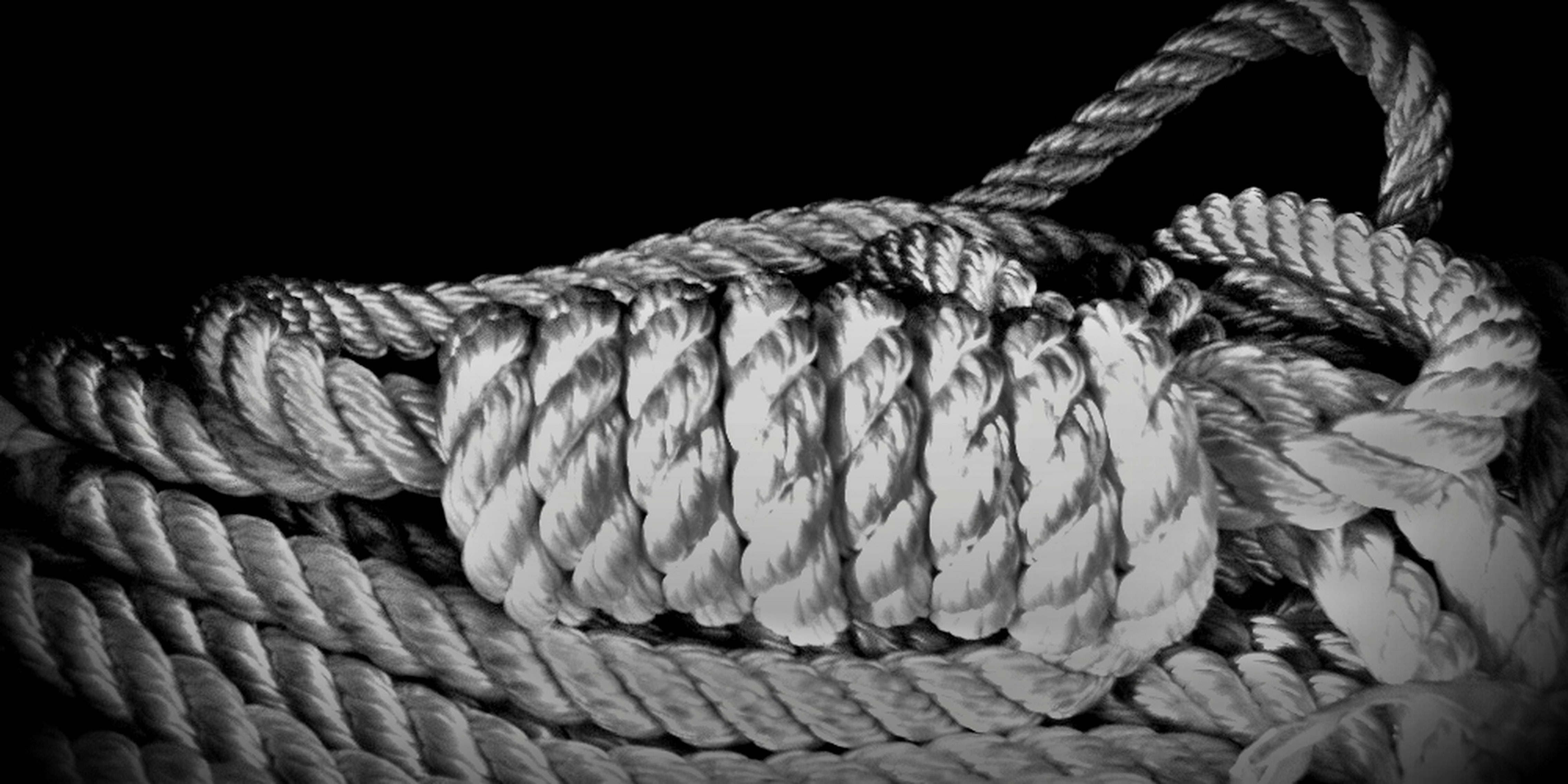 Outside a St. Louis, Mo., courthouse famous for its gruesome history, three protesters gathered on Friday to staged a mock lynching in advance of a grand jury decision in the fatal police shooting of an unarmed black teenager.

Around noon on Friday, three protesters bound their hands with rope and pulled nooses around their necks at the base of a leafless tree mere yards from the steps of the St. Louis Old Courthouse. The actions of the protesters were intended to raise awareness about a harrowing, albeit controversial, statistic: that every 28 hours a black man is killed by a police officer in the United States.

The three activists, who identified themselves as T-Dubb-O, Rika Tyler, and Rae, told Free Thought Project writer Cassandra Fairbanks that the action was intended to spark conversation while a grand jury in St. Louis nears a decision on whether to indict Darren Wilson, the Ferguson police officer that on Aug. 9, 2014 shot to death unarmed 18-year-old Michael Brown.

“They wanted to make people aware that the court was a huge part of the slave trade and that they’re still oppressed,” Fairbanks, who attended and photographed the mock lynching, told the Daily Dot.

The portion of 4th St. in front of the Old Courthouse where the protesters gathered was renamed Dred Scott Way by the city of St. Louis at a ceremony in May 2007. Perhaps the most infamous case in American history, the United States Supreme Court’s decision in the 1857 Dred Scott v Sandford case declared that all people of African ancestry were ineligible to become citizens of the United States.

Known as a supreme racist, Chief Justice Roger B. Taney penned one the most ignorant and appalling majority opinions in the history of American courts:

“We think [people of African ancestry] are not, and that they are not included, and were not intended to be included, under the word “citizen” in the constitution, and can therefore claim none of the rights and privileges which that instrument provides for and secures to citizens of the United States.”

The court’s decision that Scott had no right to challenge his family’s enslavement simply because he was black, and therefore incapable of becoming a U.S. citizen, is credited by historians with influencing Abraham Lincoln’s presidential election, and is therefore an impetus to the U.S. Civil War and the Reconstruction Era that followed.

An examination of pre-Civil War records by a Brown University student in 2007 revealed that no fewer than 724 individuals are mentioned in connection with slave trades at the Old Courthouse. Over 530 of those individuals were offered for sale on its very steps just a century and a half ago, until on New Years Day in 1861, another group of activists finally ended the practice by disrupting a human auction.